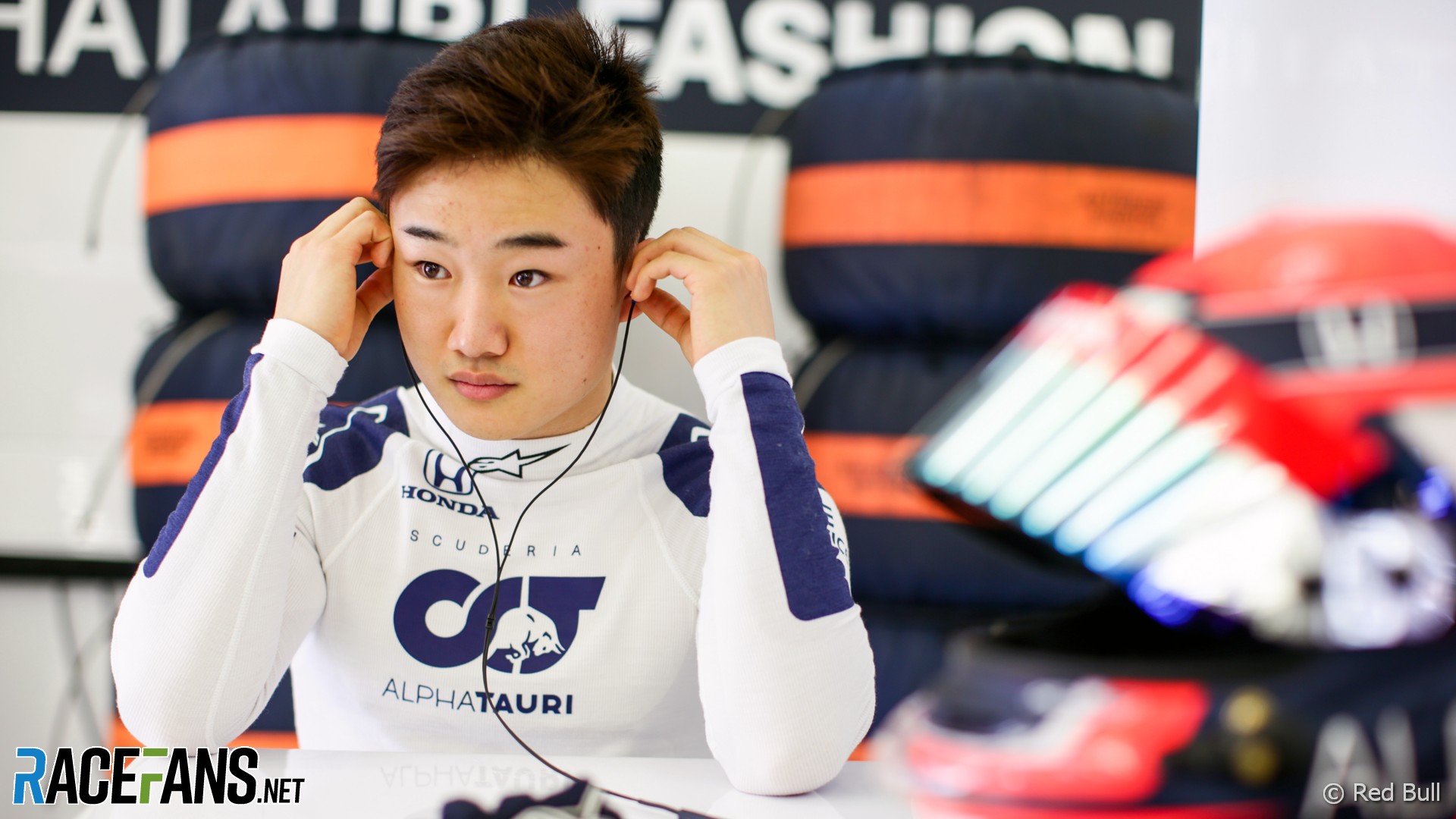 Yuki Tsunoda began karting at the age of four, after watching his father compete in a Japanese local racing series at Nakai Inner Circuit. He progressed up the ranks of Japanese karting, before moving to cars with a step up to national F4 in 2016.

Backed by Honda for a second year in their Formula Dream Project team and his third in Japanese F4, Tsunoda took the title with an impressive run of wins and pole positions.

He won half of the season’s 14 races and took pole at eight of them, sealing the title at Motegi, ahead of runner-up and team mate Teppei Natori. Both drivers were promoted to international racing, Tsunoda dovetailing an FIA Formula 3 campaign with appearances in Euroformula Open in 2019.

His F3 season was mixed, with a poor run of luck putting him more often out of the points than in them during the first half. A solid run of scoring finishes turned into a chain of podiums and finally a win in the second race at Monza to place him ninth at the end of the year.

He had a stronger start in Euroformula Open, coming second in the first race of the season. However, up-and-down results over the rest of the season and missed rounds at Spielberg and Silverstone due to his F3 commitment meant he finished the year fourth.

Tsunoda drove for Carlin in F2, where another slightly mixed start to his season turned into a strong run from the fourth round onwards. He took wins at Silverstone and Spa, moving to fight for second in the championship in the latter half of the season.

Late in the year Red Bull gave Tsunoda the chance to drive a Formula 1 car for the first time at a private test day at Imola for AlphaTauri. He duly completed the 300 kilometres of running necessary for a free practice licence.

Heading into the final rounds of a competitive F2 season and with a possible promotion to F1 with AlphaTauri in sight, Tsunoda still needed to guarantee a high enough placing in the drivers’ championship to secure an F1 superlicence. Following a setback in the penultimate double-header in Bahrain, he came away from the final round with a win and a second place, cementing third in the championship. The result also confirmed him as the series’ top rookie, earning the Anthoine Hubert trophy.

Following a further test for AlphaTauri as Yas Marina, the team confirmed he will join Pierre Gasly at their F1 team in 2021.

Tsunoda made a dream start to his F1 career, qualifying 13th and finishing ninth, scoring two points on his debut in Bahrain. But life became more difficult after in the next race at Imola. A heavy qualifying crash followed by a spin and track limits penalty in the race dented his confidence.

A series of tough weekends followed. He was eliminated in Q1 and retired early at Barcelona, then came a lapped 16th in Monaco behind several less competitive cars.

He bounced back from that low by qualifying eighth and finishing seventh in Baku, and scored three more times in the next five races, heading into the summer break on a high. After a further two races, Red Bull committed to keeping Tsunoda at AlphaTauri for a second year.

The rest of the calendar was made up almost entirely of tracks which were unfamiliar to the rookie. However at one of those, Yas Marina, he ended the year on a high by finishing fourth in the Abu Dhabi Grand Prix, taking advantage of the controversial late restart.

Tsunoda nailed the Bahrain season opener for the second year running, starting his second year in F1 with four points. Although he suffered some misfortune in the following races he scored twice in his next four starts.

However AlphaTauri’s new car for the 2022 season proved a step backwards in competitiveness, and the 10 races after that offered no reward. His best qualifying performances were often followed by his worst race days, notably at Silverstone where he collided with Gasly.

Nonetheless Red Bull kept the faith in him and announced after the Italian Grand Prix Tsunoda would remain at AlphaTauri for a third season.