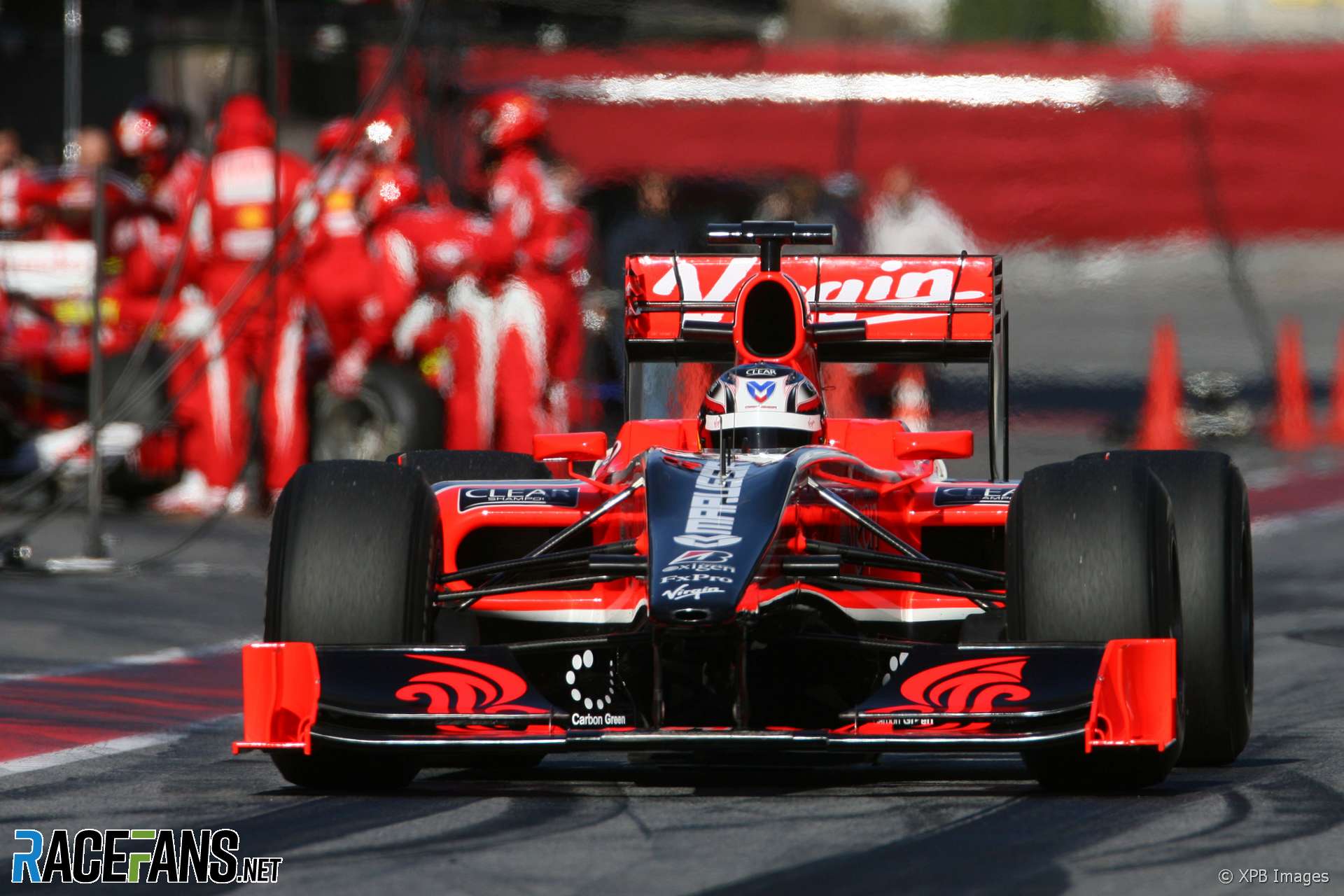 Timo Glock graduated from karting into Formula BMW in 2000, and two years later he stepped up to Formula Three. He won three races in the German category and ended the year third. The following year three more wins came but he fell to fifth in what was now the European championship.

But he landed a testing role with Jordan for 2004, and when Giorgio Pantano ran into difficulties with the team he was called up for a one-off race at Montreal where he beat Nick Heidfeld to finish eleventh. After the Toyotas and Williams were disqualified he was elevated to seventh to score two points.

Three further outings came at the end of the year but despite the maturity and competence of his first performances, there was no place for him at cash-strapped Jordan in 2005.

He made a brief foray into Champ Car with Rocketsports, but decided to gamble on returning to Europe on the new rung below Formula 1: GP2.

His seat at the BCN team looked distinctly un-promising at the start of 2006. But when Tristan Gommendy vacated a plum seat at iSport, Glock switched berths and was extremely strong in the second half of the season – no mean feat in Lewis Hamilton’s championship year.

Glock and iSport were favourites for the title in 2007 and he duly beat Lucas di Grassi of ART (Hamilton’s former team) but it took him until the final round to do it. He had been uncommonly unfortunate with technical problems, but there had also been unnecessary collisions (with team mate Andreas Zuber at Magny-Cours) and errors (in qualifying at Silverstone).

Nevertheless Glock won five times and courted a race seat with Toyota for 2008 in F1. Glock was already a BMW test driver, and the two teams went to the Contract Recognition Board to resolve the dispute over his services, which was settled in favour of Toyota.

The Japanese team confirmed him as its new driver for 2008, in place of Ralf Schumacher. Glock said:

I never lost my dream to be in F1. I was always thinking about it, even in difficult moments. When I went to Champ Car it was a really good experience and I learned a lot fighting against guys like Paul Tracy. GP2 was more good racing experience, fighting against good guys.

Glock’s F1 return didn’t go entirely according to plan – he crashed out spectacularly halfway through the Australian Grand Prix. But a solid points finish at Montreal marked a breakthrough performance and at the Hungaroring he scored an excellent second.

He unwittingly played a role in making the title-deciding final race at Interlagos a memorable epic, as he gambled on not changing to wet tyres despite falling rain. From Glock’s point of view the gamble worked perfectly, as it gained him an extra place over Heikki Kovalainen at the chequered flag. But the sight of Lewis Hamilton passing him at the final turn and, in doing so, claiming the championship, prompted lurid accusations from some of race-fixing on Glock’s part, all of which were utter nonsense.

His second full season got off to a promising start with fourth place at Melbourne. Given this was achieved despite being thrown to the back of the grid – along with team mate Trulli – for a technical infringement, things seemed to bode well for Glock.

He impressed at Malaysia, making up places in the rain with a shrewd choice of tyres, and was unlucky to only finish third. Glock led at Bahrain having passed pole sitter Trulli at the start – but fell back into the pack as the weakness of Toyota’s race strategy was exposed.

The rest of the season didn’t run true to the form the team showed at the beginning of the season, with Glock (and Trulli) noticeably struggling at Monaco. He was right back on form at another street track – Singapore – where he finished second thanks partly to mistakes by Sebastian Vettel and Nico Rosberg.

But his season ended abruptly during qualifiyng at Suzuka. Glock went off at the last corner, crashing heavily and suffering leg and back injuries. That kept him out of the cockpit for the final two races and Kamui Kobayashi took his place.

Two years at Virgin brought little for Glock to celebrate

There would be no return to Toyota for Glock as the team announced its departure from F1. Instead he switched to the new Virgin Racing team for 2010.

The slow and unreliable car offered him few chances to shine. But he was able to out-qualify the Lotus drivers on some occasions.

He impressed at Singapore, keeping a string of faster cars behind him for several laps, and again in Korea, where he was on course for a strong finish before being hit by Sebastien Buemi.

He stayed at Virgin for 2011 and the team finished last in the constructors’ championship for a second year running. Nonetheless Glock kept faith with the team, signing a long-term contract with them.

Glock was rarely able to race with the Lotuses in 2011, but more often than not had the beating of their HRT rivals.

But it was Glock who moved the team up to a precious tenth in the constructors’ championship by finishing 12th in Singapore. He might have sealed the deal in Brazil had he not been hit by Jean-Eric Vergne during the race.

Glock hit a rough patch in the mid-part of the season and missed the European Grand Prix due to illness. But he thrived as the team brought more effective upgrades to the car later in the year.

He was contracted to remain with the team in 2013 but that January his contracted was terminated “by mutual consent” according to the team.