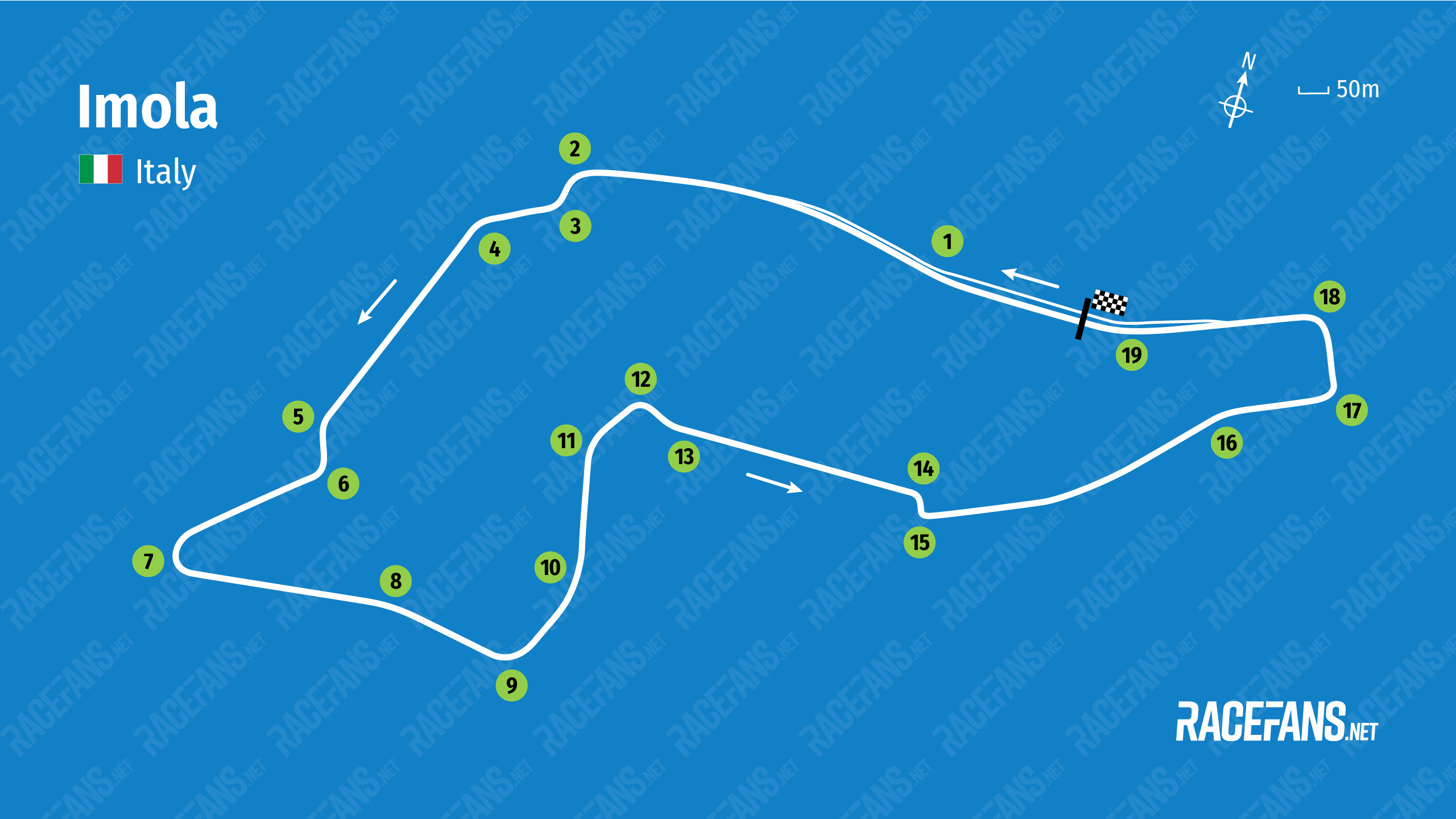 The Imola circuit in Italy was made notorious by the events of 1994, when Ayrton Senna and Roland Ratzenberger were killed in separate crashes during a single weekend.

That traumatic weekend prompted changes throughout the sport, and to the track as well, which was slowed by the addition of several chicanes.

The high-speed course had first been used for motor racing in fifties. Formula 1 racing – albeit of the non-championship variety – followed in the early sixties. Another non-points race was held in 1979 ahead of the circuit’s first appearance on the world championship calendar.

This came as a one-off replacement for Monza as the home of the Italian Grand Prix in 1980. While that race reverted to its regular venue the following year, Imola also kept its place on the schedule, albeit now as the home of the San Marino Grand Prix. For years this extra Italian race served as the curtain-raiser for the ‘European season’.

The popularity of Ferrari ensured more than sufficient interest to sustain two races in Italy. Imola’s circuit was twice renamed in honour of the family. When Enzo Ferrari’s son died, the track was titled the Autodromo Dino Ferrari; after the father’s death in 1988 it became, and remains, the Autodromo Enzo and Dino Ferrari.

After the terrible events of 1994, the track was heavily revised and made considerably slower. Both the Tamburello and Villeneuve corners where Senna and Ratzenberger were killed were replaced by chicanes. The Acque Minerali bend was also reprofiled.

F1 continued to visit the track until the mid-noughties. The Variante Alta chicane was reworked and tightened for the 2006 race, but this was also the final running of the San Marino Grand Prix.

After F1 left the old Imola pit building was demolished and a new start/finish complex built. This allowed for the removal of the Variante Bassa chicane, restoring some of Imola’s lost high-speed nature.

During the 2020 F1 season, which was heavily disrupted due to the Covid-19 pandemic, the championship announced it would return to Imola as one of a group of new events arranged to replace cancelled races. The first F1 race at Imola for 14 years was called the Emilia-Romagna Grand Prix. The championship returned for another visit the following April, though on both occasions the pandemic meant the race was held behind closed doors.