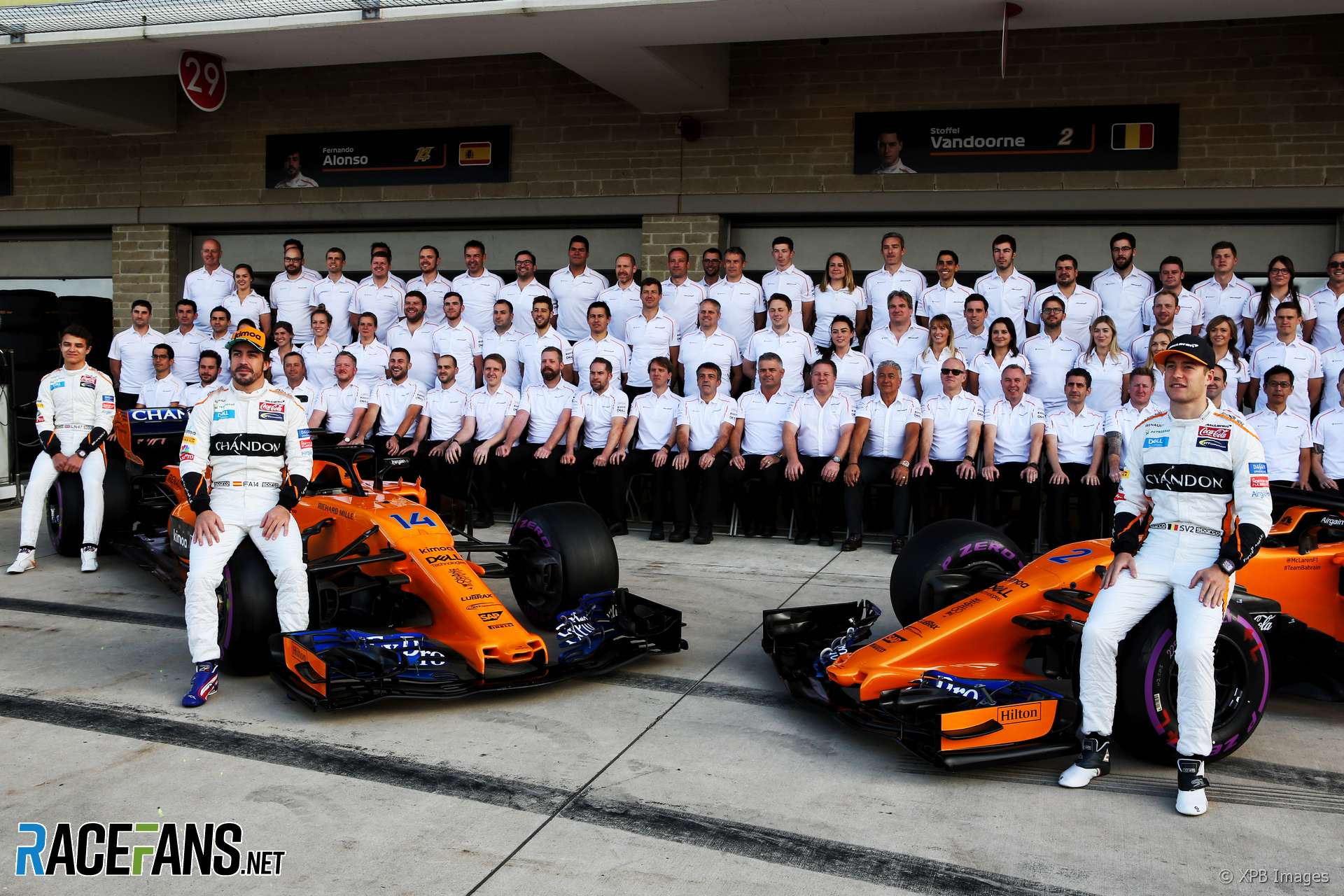 McLaren is one of the oldest active teams in F1, and has been in competition every year since 1966. The team was formed by New Zealand racer Bruce McLaren, who lost his life while testing one of the Can-Am cars which bore his name at Goodwood in 1970.

Four years later the team won its first world championship with Emerson Fittipaldi, and a second came in 1976 courtesy of James Hunt.

But the Teddy Mayer-run outfit fell down the grid before a takeover by Ron Dennis in the early 1980s. The reinvigorated outfit pioneered the carbon fibre chassis and became the dominant force in F1 from 1984 until the early nineties, with the likes of Niki Lauda, Alain Prost and Ayrton Senna winning championship.

After splitting with Honda it found a new engine partner in Mercedes and added further championships in 1998 and 1999, Mika Hakkinen taking the drivers’ title in both years.

More might have followed in 2007 but the team was implicated in a scandal over alleged spying on rivals Ferrari. Given a record fine of $100m the team were thrown out of the constructors’ championship and both Lewis Hamilton and Fernando Alonso lost the drivers’ title at the last round by one point each. The team bounced back to win the drivers’ title with Hamilton in 2008.

McLaren’s association with Mercedes came to an end in 2014. The following year it reunited with Honda for the first time since 1992 but sadly not to reclaim former glory. A disastrous start to the 2015 season continued into frustrating 2016 where far from a brilliant re-partnership, the team saw its two former-world-champion drivers frequently struggling to escape Q1.

At the end of 2016, the previously unthinkable happened and Ron Dennis was forced out of the team. However, regime change in 2017 didn’t alter the results and neither did Button’s retirement and replacement with Stoffel Vandoorne. A messy divorce from Honda and switch to Renault power in 2018 didn’t entirely right things and both Alonso and Vandoorne departed the team, leaving F1.

Former Red Bull junior Carlos Sainz Jnr and 2018 Formula 2 runner-up Lando Norris replaced them and the team, with the addition of former Porsche endurance boss Andreas Seidl, seemed to enter a period of steady recovery. Results improved to see the cars consistently in points-paying positions and Sainz took a third place for the team in Brazil 2019, their first podium since Button had won the same race in 2012.

2020 saw the team further improve, with Norris and Sainz taking another podium apiece and McLaren finishing third in the world constructors’ championship. Sainz left the team in 2021, replaced by Daniel Ricciardo.