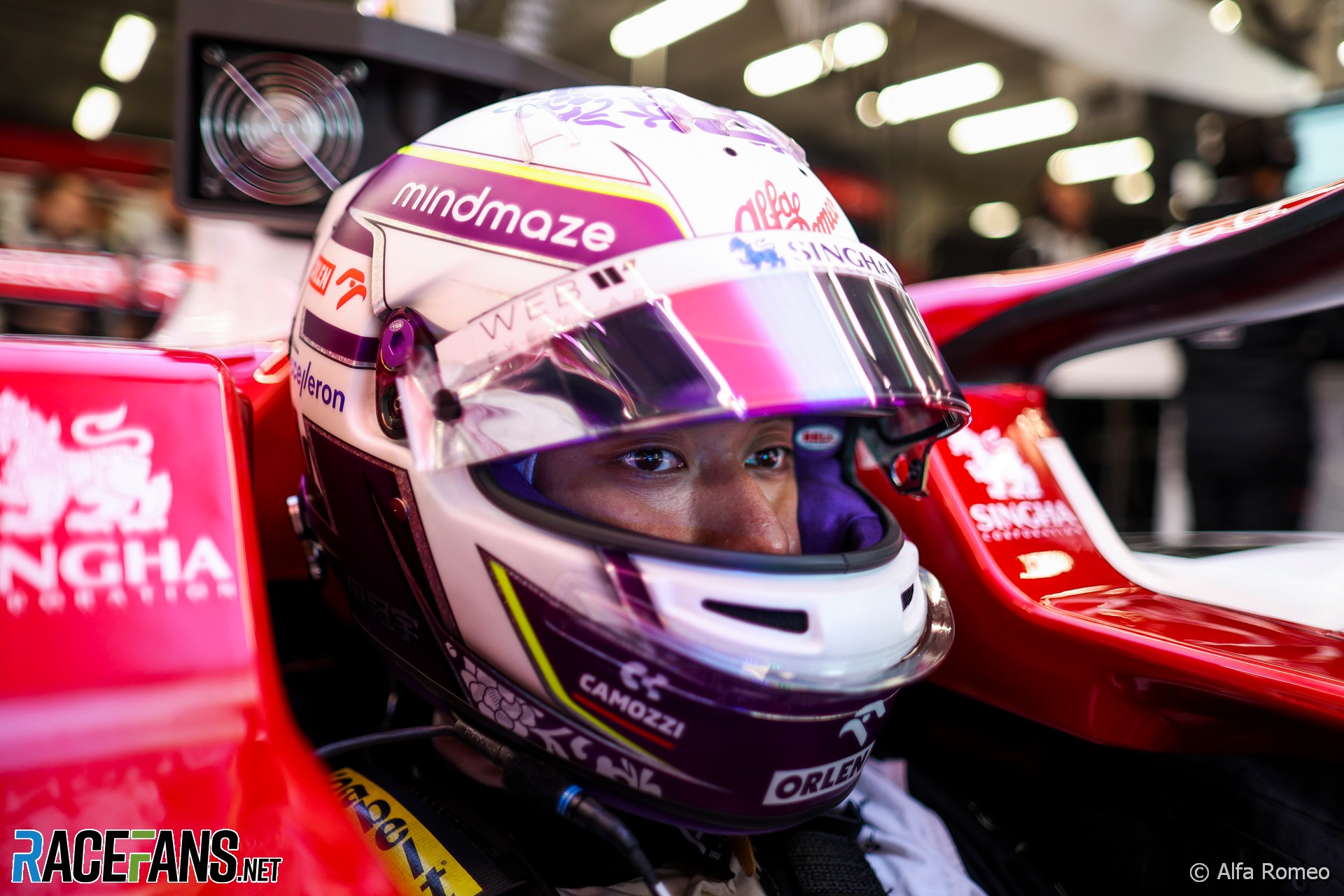 Frederic Vasseur says Alfa Romeo have “the perfect” combination with their drivers Valtteri Bottas and Zhou Guanyu, both of which are staying on with the team for a second season next year.

Bottas joined at the start of 2022 from Mercedes on a multi-year deal. Formula 1 rookie Zhou Guanyu arrived at the same time after finishing third in Formula 2 last year.

Although Bottas has out-scored Zhou by 46 points to six, the team has continually been impressed by Zhou’s work on and off-track and last week rewarded him with a contract extension for 2023.

“So far he had a very good season, from the beginning,” team principal Vasseur said at last weekend’s Singapore Grand Prix.

Zhou outqualified Bottas for the sixth time in 17 races on Saturday in Singapore, but on Sunday he had a bad start and then retired just seven laps into the race following an early clash with Nicholas Latifi.

“In terms of pure performance, the target was to do some Q2,” Vasseur continued. “And he did a Q2 on the first event, he got one point on the first event also. On top of the performance, I would say that the human side was quite sure because that he did a very, very good job with us. He’s a strong team player and it was important for us. And at the end of the day, I think it’s the right choice to continue.”

Vasseur expects to see Zhou take another step in his performance across an entire weekend now he’s made the adjustment from F2 to F1.

“It’s not just about speed. For sure when you come from the F2 and you have to learn some tracks at the beginning of the season, it’s always a bit difficult. But I think he improved quickly into the season in terms of pace.

“Now it’s more about the technical side, how to approach the weekend, how to manage the weekend – sometimes he’s a bit prudent on the first couple of laps. But now we know him, we know that he’s able to do the step and I’m quite confident for next year also.”

Zhou did not show huge year-on-year progress in junior series, but since the start of his maiden F1 season has progressed significantly to be challenging and beating team mate Bottas on track more often.

“The commitment from Zhou is a good one. This is the most important,” concluded Vasseur. “The mood in the team is good, and he’s part of this. And the combination with Valtteri is the perfect one.”

Often found in junior single-seater paddocks around Europe doing journalism and television commentary, or dabbling in teaching Photography back in the UK. Currently based...
Read more about Ida Wood, find all their articles and get in touch with them