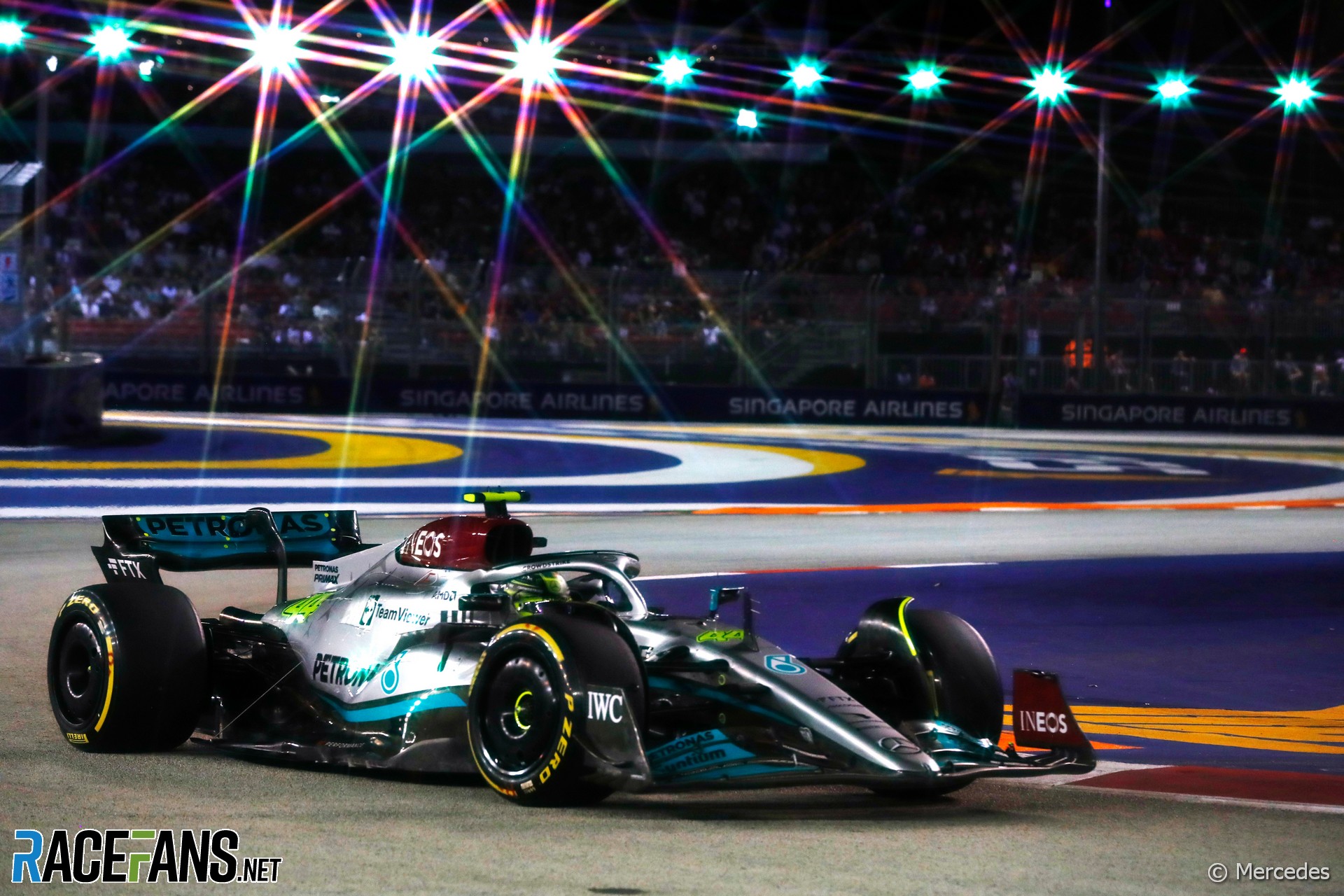 Mercedes team principal Toto Wolff says the team has identified how to gain a significant amount of the performance which is missing from its 2022 car.

However the team won’t be able to capitalise on their understanding of why the W13 isn’t as quick as it should be until next season, he said.

At last weekend’s Singapore Grand Prix, where Mercedes qualified within a tenth of a second of pole position, Wolff explained the gains the team has made as it aims to reverse its downturn in form and become a title contender once more.

“To turn the ship in this industry is a little bit like an oil tanker,” Wolff explained. “First to understand what the root causes for your non-performance, then you have to peel the skin, the various skins off: what’s the first layer? What is the second layer?

“Are we really on top of all the questions and the answers? No, we are not. But I think a big chunk of the performance that we are missing, we have discovered. It’s not something we can change this year, it’s decisions that we have made for next year.

“But I am not 100% confident to say here, ‘well next year we will be fighting for the world championships’. The aim is [that], the expectation is, but there’s still work to do.”

Teams have been operating under a budget cap since last year, when most of the design work on Mercedes’ 2022 car was completed. The cap was lowered from $145 million to $140 million for this year and will fall again to $135m for the 2023 F1 season.

However some exceptions are allowed and some adjustments made for extra races: The 2023 F1 calendar includes a record 24 rounds.

Wolff admitted Mercedes have forgone developing a lighter chassis and other parts this season because of the budget cap considerations, and says such advances will have to wait until their 2023 car. With five grands prix of the 2022 season to go, the Mercedes W13 currently stands as the first of the team’s cars not to win a race since the W02 used in 2011.

In Singapore, Mercedes did match its expectations of being more competitive as Lewis Hamilton was just 0.054 seconds short of the pole position time in qualifying. But in a race held in changing conditions, Hamilton crashed and finished ninth while team mate George Russell was a twice lapped 14th following a series of setbacks.

Often found in junior single-seater paddocks around Europe doing journalism and television commentary, or dabbling in teaching Photography back in the UK. Currently based...
Read more about Ida Wood, find all their articles and get in touch with them