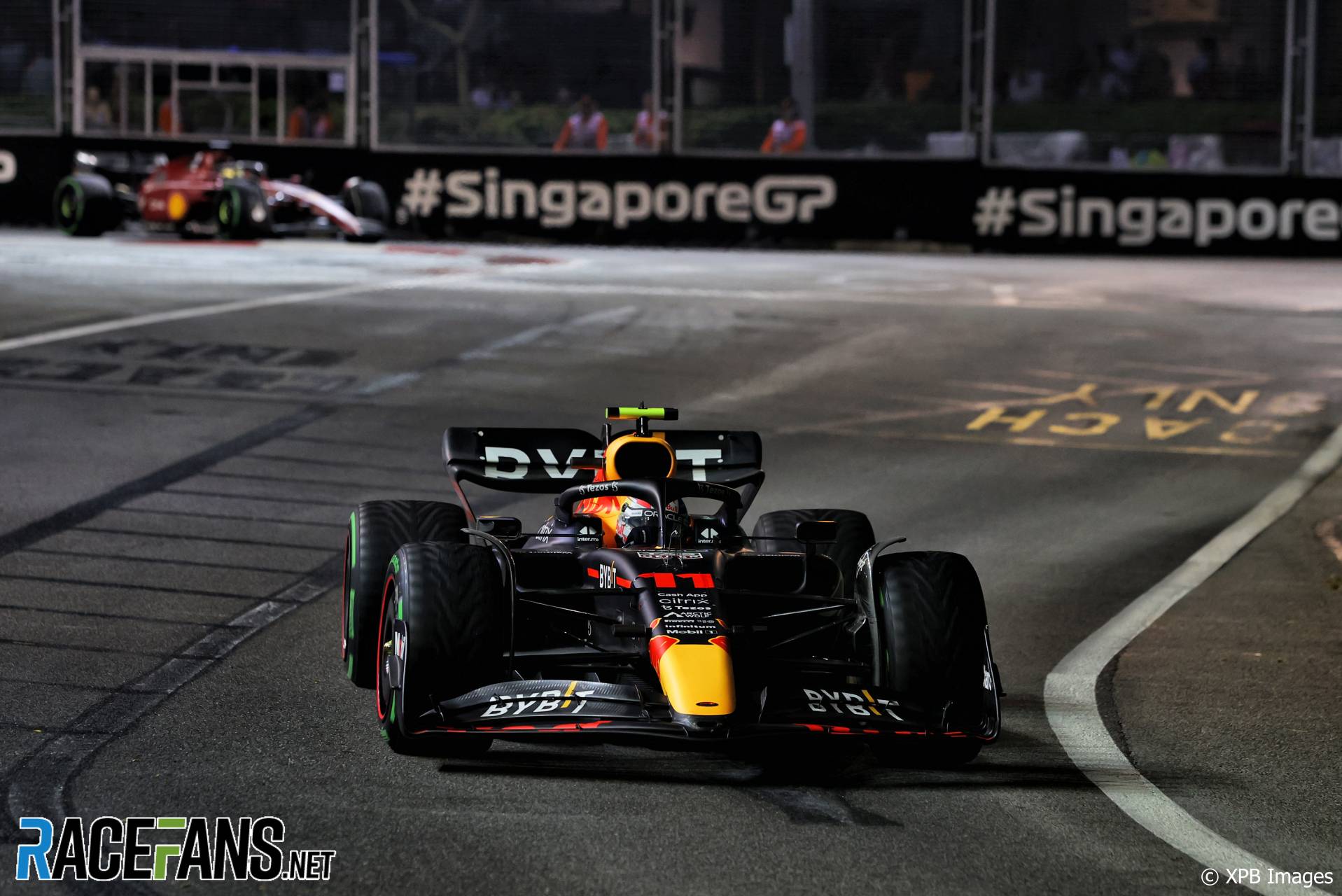 Singapore Grand Prix winner Sergio Perez said he does not know why he is under investigation by the stewards for a Safety Car infringement.

Perez led almost the entire race after passing Charles Leclerc off the line at the start. He kept the Ferrari driver at bay as he pressured him for the lead at various stages of the race.

Before the second Safety Car restart, Leclerc and Lewis Hamilton both accused Perez of falling more than the required 10 car lengths behind the Safety Car before its lights were extinguished. “The lights haven’t gone out yet and he’s pulled a big gap,” said Hamilton on his radio.

Perez held onto the race lead after the restart and subsequent third Safety Car period to take his second victory of the season. He won by over seven seconds after pulling out a gap in the closing laps.

Asked about his investigation after the race, Perez said he had “no idea what’s going on”, but was told to pull out a gap over Leclerc in case he receives a penalty.

“They just told me that I was under investigation, so increase the gap and that’s what we did,” Perez said.

With team mate Max Verstappen battling in the midfield during the race, Perez ensured Red Bull’s winning streak continued by holding off the Ferrari to take his first win since the Monaco Grand Prix in May, and his fourth career victory.

“It was certainly, I think, my best performance,” he said. “I controlled the race, although the warm-up was pretty difficult. The last few laps were so intense.

“I didn’t feel it that much in the car, but when I got out of it, I felt it. I pushed, I gave everything for the win today.”

Perez’s victory means his team mate Verstappen will have to wait a race for his next chance to seal the world championship. However Perez believes that will be a fitting place for him to clinch the title as it is the home event for the team’s power unit designers.

“I think it’s nicer for Max to get it in Japan, for the team,” said Perez. “It would be very special for Honda.”