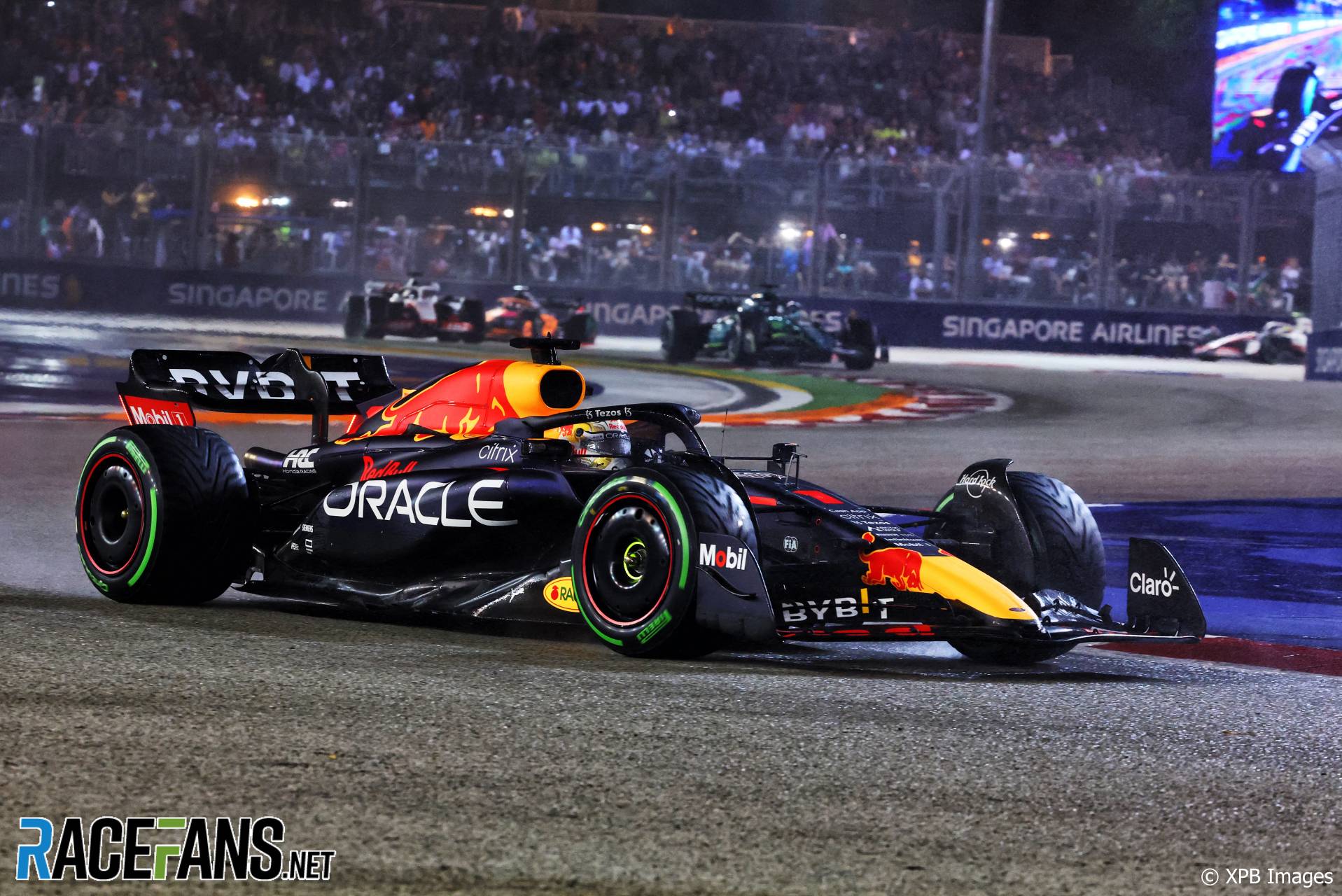 Max Verstappen was left frustrated after he finished a scrappy Singapore Grand Prix in seventh place.

The Red Bull driver saw his five-race winning streak end after his efforts to make progress from eighth on the grid were repeatedly frustrated. His race began to go wrong at the start when he bogged down and fell to 12th position.

“I dropped the clutch at the start and [had] anti-stall,” he told Sky. “Then of course you lose a lot of spots.”

Verstappen recovered to sixth place by lap 21. “I tried to pass a few people, some worked but then you get stuck in a little bit of a train,” he explained. “Everyone has their tyres quite up to temperature so it’s really hard to follow.”

He gained another place when Lewis Hamilton hit the wall and had to pit. But Verstappen made a mistake of his own at turn seven after one restart and damaged the tyres he had just put on.

“We were a bit lucky, some people had a few mistakes,” he said. “We were in fifth, I tried to go for fourth, to pass Lando [Norris].

“As I got alongside him I braked – not even late, but I bottomed out because I was struggling already a lot there with bottoming and being off-line probably was even more bumpy. So as soon as I braked the front wheels jumped in the air and that was it, I just went straight on.

“So then I had to box again because of the massive vibrations and put new tyres on and come from last back into the points.”

Having fallen to 13th place, he recovered to finish seventh, passing Hamilton and, on the final lap, Sebastian Vettel. However he said the result is “not where we want to be” after missing out on pole position yesterday after the team failed to put enough fuel in his car during qualifying.

“Of course, from yesterday you put yourself in a spot like that and it can either work brilliantly, you can drive back to the front, or it’s just very frustrating like we had,” he said.

“It’s of course better than eighth but it’s not what I’m here for. Not with a car like that. Look at what we showed in practice, it’s just incredibly messy.”