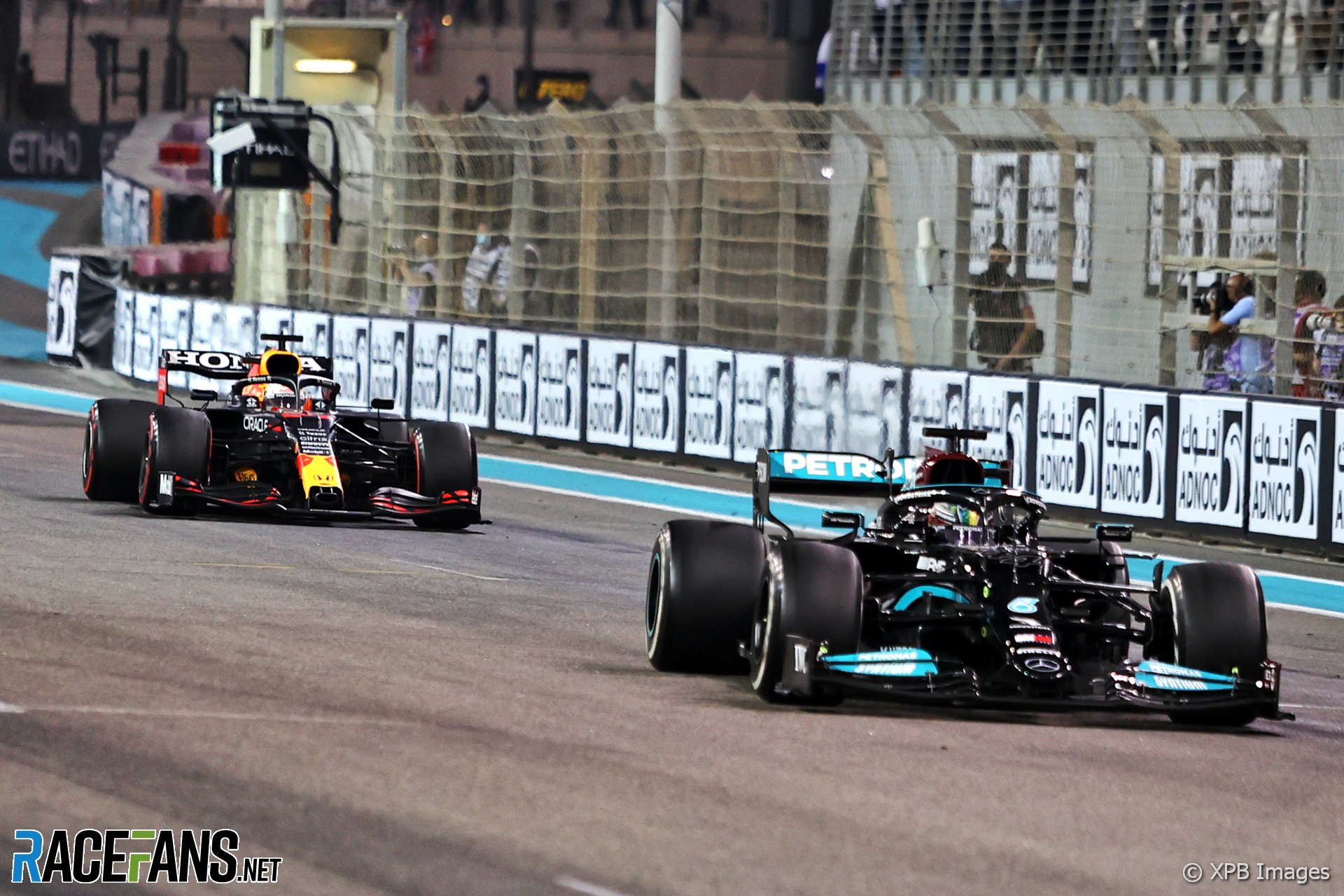 Red Bull team principal Christian Horner has admitted a mistake was made in the controversial restart of last year’s Formula 1 season finale, at which Max Verstappen won the world championship.

Verstappen overtook title rival Lewis Hamilton to win the race and the world championship after a restart on the final lap. But the outcome of the title fight was plunged into acrimony when it emerged FIA Formula 1 race director Michael Masi had not followed the rules correctly.

Hamilton’s Mercedes team were eventually persuaded not to appeal against the result, which meant the world championship was not decided in a court room. However the FIA agreed to examine the controversial end to the season and, 97 days after the race, issued a report concluding errors had been made in the disputed restart.

In its summary the FIA noted Masi made two mistakes: He “called the safety car back into the pit lane without it having completed an additional lap as required by the Formula 1 Sporting Regulations” and did not allow all of the lapped cars to rejoin the lead lap. Masi was replaced as FIA F1 race director before the new season began.

Horner has previously described the criticism of Masi as a “smokescreen” and accused Mercedes of “a concerted campaign… to discredit our achievement” of taking Verstappen to last year’s championship. However in a new interview he has now admitted Masi did not follow the rules correctly.

“He made one mistake in that he didn’t allow all lapped cars to un-lap themselves,” Horner told The Cambridge Union. “I think there was three cars that were kept at the back of the field and unable to [un-] lap themselves. That was the only mistake that he made.”

Horner did not refer to Masi’s error in ordering the Safety Car into the pits a lap earlier than the rules specified.

“So I thought it was tremendously harsh for him to be hung out to dry, particularly in public, and then the trolling that he got and the abuse that he got online without really support the federation behind him,” Horner continued.

“There was a lot of decisions he made last year that we felt went against us, whether it was yellow flags in qualifying in Qatar or the Silverstone incident with Lewis. But I did feel sorry for him that there should have been more support after that championship because he was in an incredibly difficult position.”

The controversy around last year’s finale has detracted from the quality of Verstappen’s performance last year, said Horner.

“Obviously a lot has been made out of Abu Dhabi. It was a shame that actually Max’s achievements during the course of the last year were, if any way, diluted by what happened in Abu Dhabi.”

“I think if it hadn’t have all gone through the appeal process and obviously the noise that was made after the event it would have been been much less of an issue if it have happened the other way around,” he said.

“Sometimes I ask myself how would that have been broadcast if Lewis Hamilton had won it on the last lap? Would he have been the hero rather than the villain?”

Despite acknowledging Masi’s mishandling of the race, Horner stressed the outcome should not detract from Verstappen’s championship win.

“The reality is, is a championship is won over a season, not over a single race. And I think the way that Max drove last year, sometimes is not the best car, but some of the performances that he put in last year, he deserved that championship 100%.

“And I think that these things occasionally happen. There are sometimes as close calls in sport.

“For me, I was very disappointed in the way that the FIA dealt with Michael because he was in race control doing the best that he could with the pressure that he had. The mantra was always very clear that he was always going to be under pressure to restart that race. Nobody wanted to see a world championship won under a Safety Car.”

Don't miss anything new from RaceFans