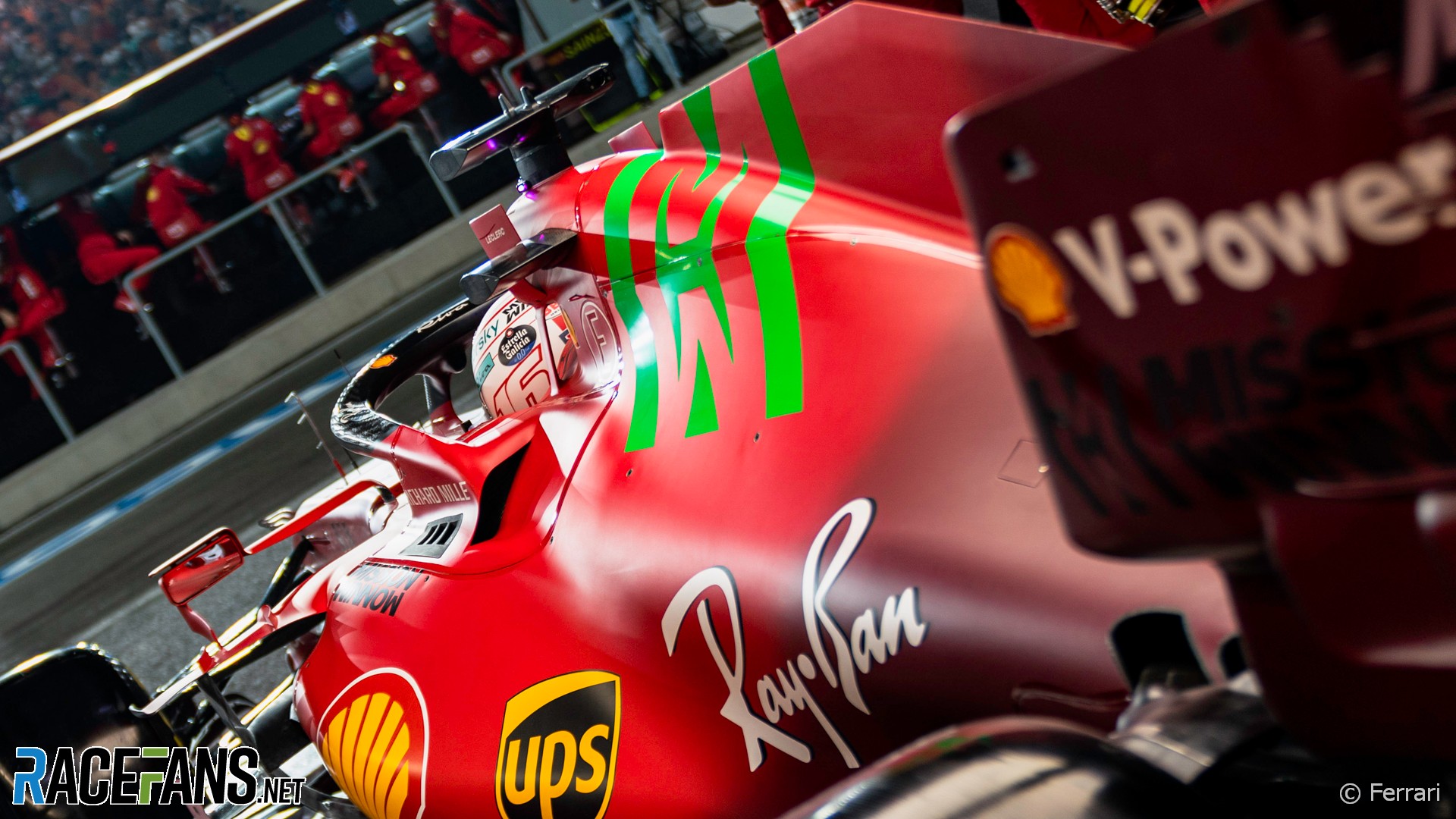 In the aftermath of the Brazilian Grand Prix RaceFans directly asked Scuderia Ferrari CEO Mattia Binotto whether the team’s historic commercial and branding partnership with Philip Morris International (originally as Marlboro, now Mission Winnow), which expires this year, would be extended, and if so, under what terms and conditions.

“We are still discussing with PMI,” he said. “It is very likely PMI will remain, [but] maybe not as a title sponsor. So maybe, let’s see.

“It can depend on what do you mean by Mission Winnow, on the car or not. You mentioned stickers, so we’re discussing [activation] rights. It will be announced as soon as we are ready to do it.”

Binotto’s words were immediately (mis)interpreted by outlets not present in the conference, who had ‘scraped’ the quotes. Hence suggestions of losses of up to $125 million in annual income for the team – in turn headlined along the lines of ‘Ferrari to lose historic Philip Morris sponsorship’ – which is most certainly not what Binotto said. Contrast such headlines with: “It will be announced as soon as we are ready to do it.”

Sources in the loop point to the deal being valued at $100m per year. Plus PMI has since 2011 used its Ferrari relationship as a business-to-business platform for key trade customers in hospitality and allied fields rather for direct consumer marketing purposes. ‘Mission Winnow’ is a corporate message rather than a product slogan; there are no reasons why such B2B benefits could not continue in future.

Sponsorship has evolved to a level where the primary benefits are not derived from (relatively crude) sticker marketing but from personal relationships cultivated in the course of partnerships. Meanwhile title sponsorship in F1 has gradually reduced to the degree that a third of the current grid has its team name linked to a commercial entity – excluding proprietary ownerships such as Red Bull and Haas.

Commercial title sponsorship was introduced in 1968 in South Africa by Team Gunston – a local cigarette brand – and immediately copied by Gold Leaf Team Lotus, named after a British tobacco label. While various brands and product segments have exploited the opportunities offered by F1, the main beneficiaries have been tobacco products.

As the sector increasingly attracted the unwelcome glare of the global legislative spotlight it made commercial sense to link sponsor and team in the title to put the various brands before billions of eyeballs, but as tobacco bans bit so the prevalence of naming rights decreased. Ditto liquor and similar products, many of which have become regulated.

The Ferrari-PMI relationship has progressively evolved over the past 30-odd years, having been formalised as title deal in 1997, although links between the two hark back to the early eighties, making it the oldest on the grid. It has achieved iconic status within both F1 and the wider sport.

How could Ferrari even begin to replace such a title deal with the name of another brand? And what would be the impact of any income reduction, whether under any new deal with PMI or with another entity?

Ferrari has long been aware that the partnership may well not be extended and surely made contingency plans to cater for such an eventuality. Anything less from a listed company would be a severe breach of fiduciary duty. Indeed, Ferrari’s cautionary statements regularly point to the inherent commercial risks of F1.

That said, the recent signing of Amazon subsidiary AWS points to the sponsorship wheels being in motion. Scuderia Ferrari AWS in 2022, anyone?

Overlooked in all the drama is that the budget cap means any reduction in sponsorship income will have little or no direct impact on performance. Before the cap’s introduction this year, teams’ annual budgets ran to close to $500m all-in – racing, marketing and hospitality and power units – of which around $300m was allocated to the racing operation.

Under 2021’s financial regulations that has fallen to $145m (2021), dropping a further $5m per year in 2022 and again in ‘23. Reduced budgets more than compensate for the loss of revenues – which could in any event be replaced. Such cushioning against potential losses of sponsorship was one of the drivers behind the budget cap – indeed, that was one of the reasons Ferrari agreed to it – and 2022 could prove the wisdom of such precautions.

All this points to Ferrari next year dropping ‘Mission Winnow’ as title partner – and possibly even reverting to a more traditional scarlet hue rather than racing under what has become known as ‘Marlboro Red’. Entering as ‘plain’ Scuderia Ferrari is even a possibility, but to suggest that Ferrari’s performance will suffer as a direct result is an assumption too far.