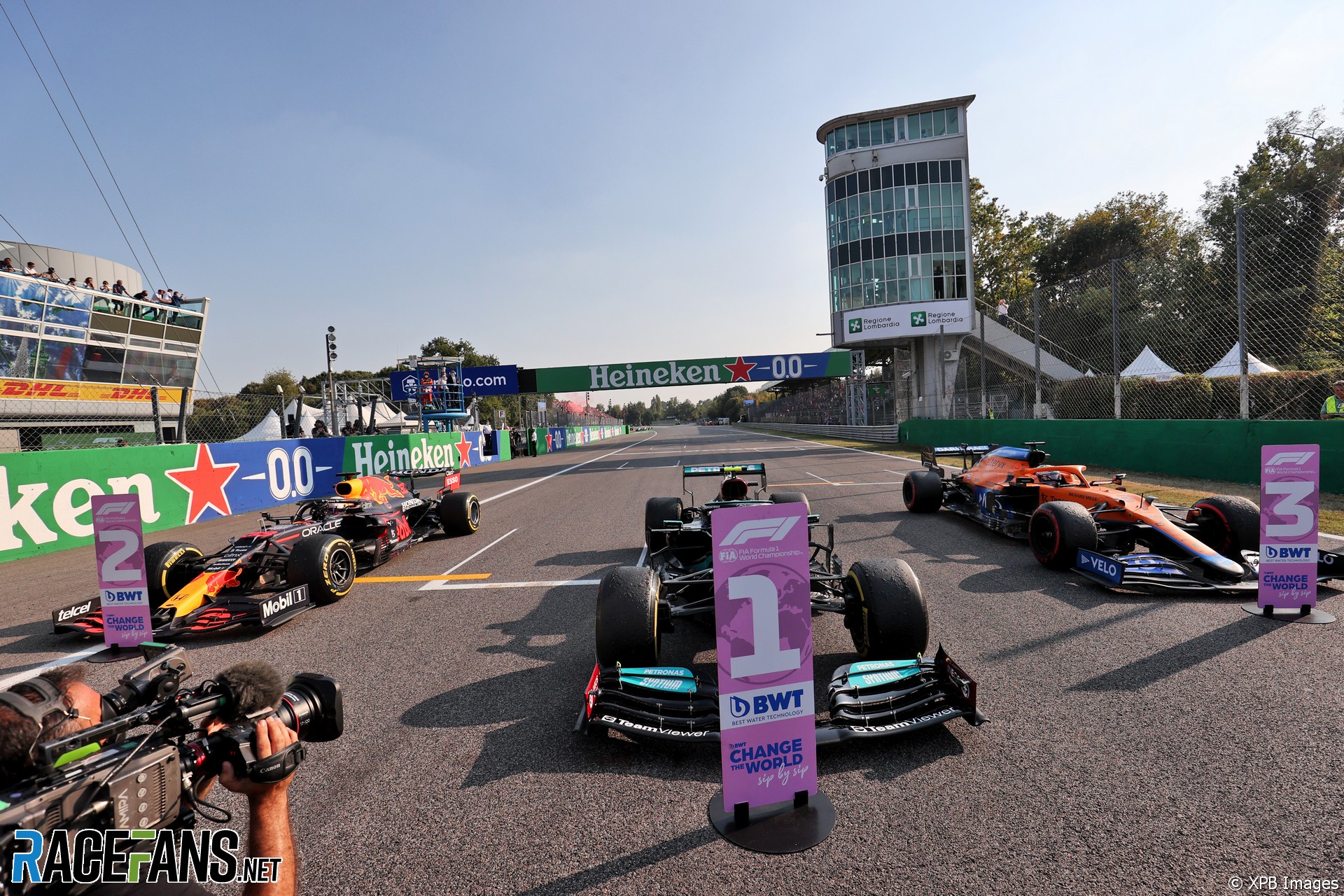 In the round-up: Mercedes team principal Toto Wolff says changes should be considered to the sprint qualifying format if it is to be used more widely during the 2022 F1 season.

Wolff: “fine line” to be balanced with sprint qualifying points

Speaking in response to a question from RaceFans, Wolff said he understood why Formula 1 CEO Stefano Domenicali wanted to pursue more sprint events.

“Stefano will know best from a commercial standpoint, I think he’s an expert,” said Wolff. “He has sat where I sit and now he’s on the other side and all the logic speaks for, from a commercial standpoint, more sprint races because you just generate another interesting session. One on Friday, one Saturday and one on Sunday. So I think I get that.”

However, Wolff said the points format for the extra Saturday races – which currently pay three, two and one for the drivers who finish first, second and third respectively – needs to be reviewed.

“If we were to do more then maybe the format overall needs to be tweaked. How many points are attributed, is it really three, two, one or should it go back to 10th place, without undervaluing the grand prix? So that’s a fine line, you need to need to balance.”

While Wolff previously said the number of sprint qualifying races should be capped at four, speaking last weekend he admitted the commercial argument for more was persuasive. “If Stefano says it creates just much more audiences and therefore, ability to monetise and create some special races, then I guess we need to follow his call.

“Then it’s about the old traditionalist in me that wants to have a grand prix on a Sunday at two or three o’clock. We just need to accept that maybe it needs the format tweak and have sprint races. So if it’s not four and not eight, maybe we will come out with six [events].”

As RaceFans reported yesterday, the F1 Commission has agreed a proposal to hold six sprint qualifying races next year. The FIA World Motor Sport Council will decide whether to approve the plan on Friday.

Lewis Hamilton would have reached the end of Turkish Grand Prix on his original starting tyres, Mercedes technical director James Allison has said, though his lap times would have been drastically compromised.

“Would we still have had inflated tyres that would be capable of going around the track? Yes, in all likelihood, we would have got to the end of the race on one set of tyres, able to circulate without difficulty,” explained Allison in a video published by the team.

“Other cars did that. Ocon did that for example. And our car typically runs its rubber better than many of our competitors. So, yes, we would have got to the end of the race.”

Deteriorating lap times, however, persuaded the team against trying a non-stop strategy. “The question is, how quick would we have been? And the evidence there is pretty clear: We would have been very slow,” Allison said.

“The tyre was using its rubber throughout the entire race and towards the end as the track approached dry but never quite got there, than that wear accelerated. And Lewis’s lap times were starting to get worse lap by lap by lap and while he would have made it to the end of the race, the pace would have been quite dismal by the time he got there.”

Williams commits to become carbon-positive by 2030

Williams has announced it will not only offset and reduce its carbon emissions but become net carbon positive by 2030.

Carbon positivity means actively removing more CO2 from the atmosphere than is released as a consequence of Williams’ operations, at its factory, trackside and in logistics terms.

Can’t be with @HillF1 to celebrate 25 years since that great weekend in Suzuka when he won the world championship but will never forget that. My hero. Wish I had an iPhone then to record him singing Drive My Car with the Japanese Beatles in Tokyo. Best time of my F1 journey

What a race! What an opener! What a WIN!@LucasBlakeley01 takes his maiden F1 Esports Pro Championship win in sensational form in Bahrain 😍#F1Esports 🎮 #F1 @Aramco pic.twitter.com/afFL8K09HJ

What can we expect from Van Amersfoort Racing? (Formula 3)

"They arrive with plenty of pedigree, not just in motorsport, but at F3 level, with the Dutch team competing in the now-defunct European F3 from 2012. Since that championship’s merge with the GP3 Series at the end of 2018, Van Amersfoort has been working tirelessly in a bid to return to the official third tier."

"IndyCar race-winner and ex-Formula 1 star Roberto Moreno will return to the Formula Ford Festival later this month, 41 years after his triumph in the event."

"Imola has been added to the game, as well as livery updates and bug fixes."

We always endeavour to credit original sources. If you have a tip for a link relating to single-seater motorsport to feature in the next RaceFans round-up please send it in via the contact form.

After the FIA F1 Commission is understood to have approved six sprint qualifying events for 2022, Depailler suggests an alternative system.

Sprint races are not great as a way to make a grid, so how about this:

Teams have no extra weekends, no more miles to transport or no further distances to drive the cars.

Liberty get twice the number of races.
Depailler

If you want a birthday shout-out tell us when yours is via the contact form or adding to the list here.

On this day in motorsport