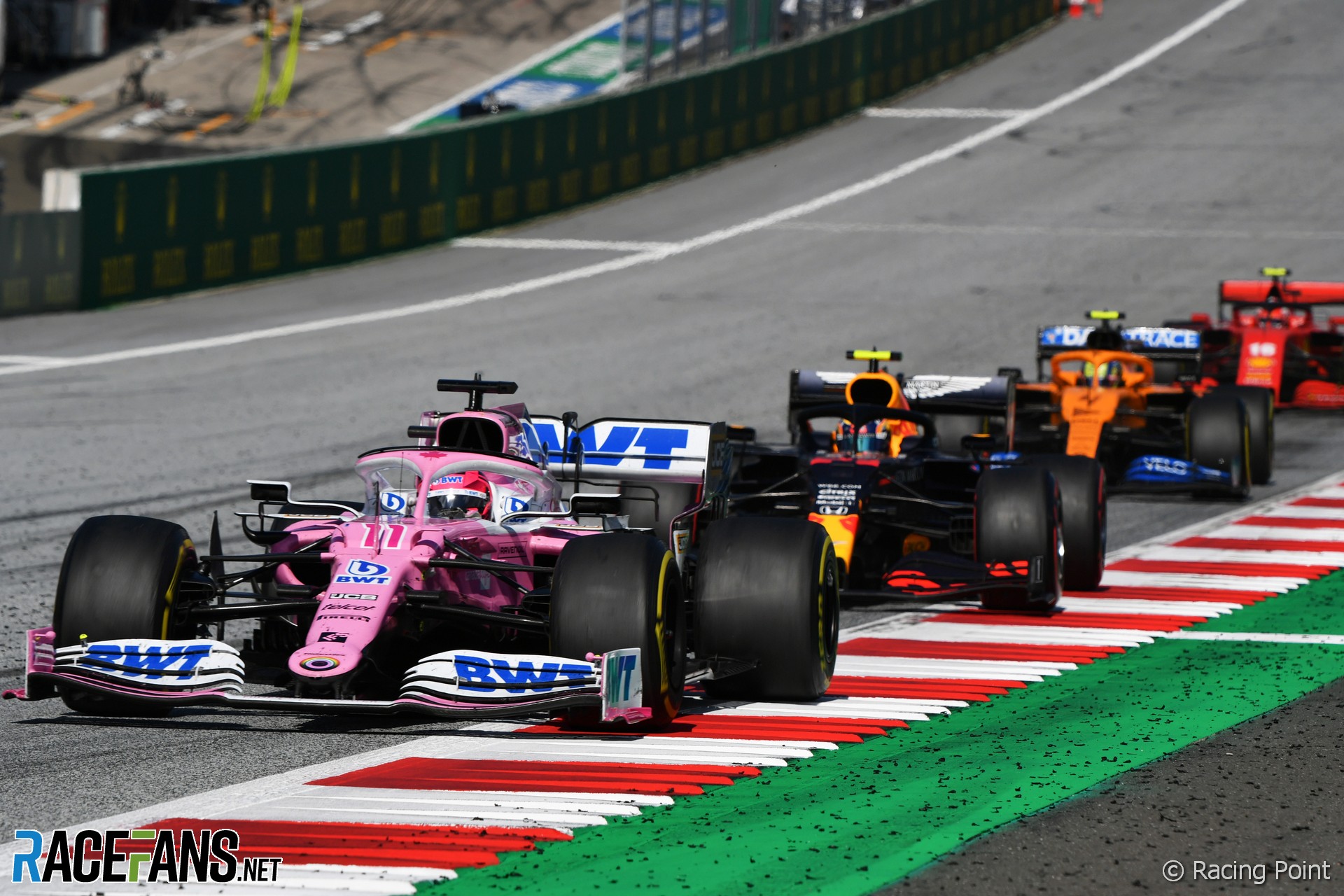 Formula 1 teams have sharply differing views over the impact aerodynamic changes for next season will have on their cars.

A series of measures have been agreed for the 2021 F1 season to reduce how much downforce cars generate. The new technical restrictions will be introduced in response to the increased loads F1 tyres are subjected to.

F1 is using the same specification tyres this year which were raced in 2019, and will continue to do so again in 2021. The sport is anxious to avoid a repeat of the punctures seen at Silverstone this year, which tyre supplier Pirelli blamed on the high cornering forces generated by modern F1 cars.

A packages of changes was initially agreed in April. However following the tyre failures seen at the British Grand Prix in August, further alterations to the cars were agreed with the goal of reducing downforce by 10%.

Teams have given very different assessments of the effect the changes are likely to have. Racing Point technical director Andrew Green is among those who expect car performance will be significantly reduced.

“For us it’s another big step,” he said. “Not as big as the first one, but still going in, as far as we’re concerned, the wrong direction. It’s a hole we’re going to have to dig ourselves out of over the next few months.”

Green dismissed the possibility teams will be able to replicate 2020 downforce levels next year and said the FIA could be satisfied the rule change will do its job.

“That’s the intention of the regulations, to trim the downforce and make sure we don’t have any more downforce than we have this year. I’m pretty confident that’s going to be the case. There’s no way that we’re going to get back to the levels of downforce that we’ve got this year.

“So I think in that respect the FIA can tick that box – that’s done. It’s up now to us to try and develop as much as we can out of it.”

However Red Bull team principal Christian Horner believes more could have been done to limit the team’s potential to add more downforce to their cars.

“I think it’s a bit of a tickle,” he said of the 2021 rules change. “I think the teams will get back all the downforce that it perhaps takes off.

“Maybe more could have been done because the rate of progress in Formula 1 is such that if there are concerns about the load of the tyre then maybe more should have been locked out.

“But of course, whenever you change something, it does introduce costs because whatever you change creates differences. So it’s finding that balance.”

Green pointed out teams will have to balance developing their 2021 cars with the need to focus on the heavily revised technical regulations coming for 2022. This will also coincide with new aerodynamic testing restrictions.

“If we had more time and we weren’t looking towards 2022 I’m pretty sure we could get back to where we are now,” said Green. “But lots of other things are in the mix as well.

“Not only have we got a 2022 car to to think about but, come the beginning of January, the aerodynamic testing restrictions change again, with a big reduction in aerodynamic development. So we know that’s going to hamper us as well.

“[With] all those together we will be doing a very good job if we get to anywhere near where we are now.”