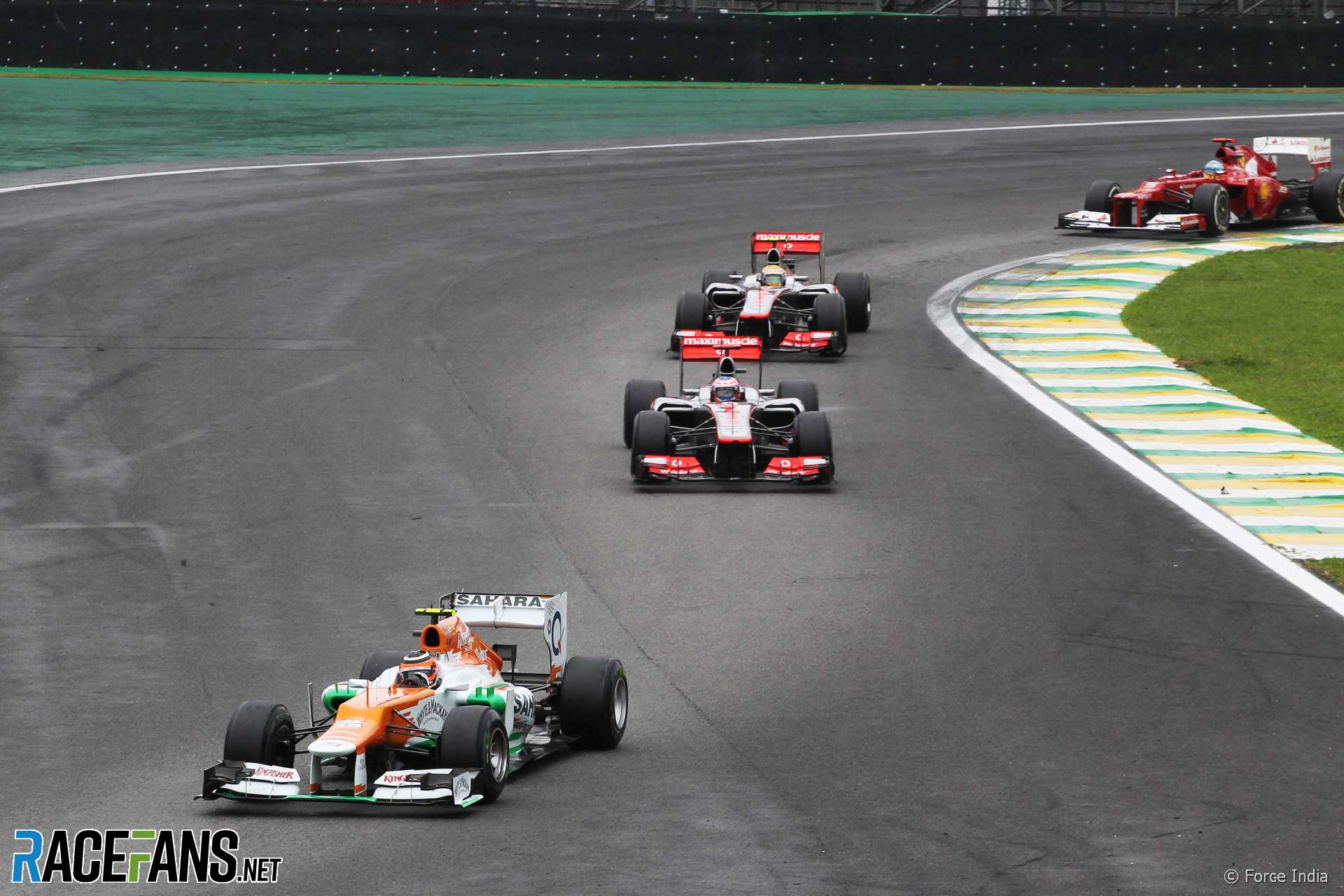 Racing Point CEO Otmar Szafnauer says he still thinks of the 2012 Brazilian Grand Prix as the race the team should have won in its previous identity as Force India.

The Force India name competed in Formula 1 between 2008 and 2018, after which it became Racing Point. The team led seven grands prix, but the 2012 race at Interlagos was one of its most competitive showings. Nico Hulkenberg headed the field for 30 laps but finished fifth after being penalised for colliding with Lewis Hamilton.

“If you look at Brazil, the race where Hulkenberg should have won, it would have been our high point” said Szafnauer, who joined Force India in 2009, in response to a question from RaceFans.

At one point, 20 laps into the race, Hulkenberg and Jenson Button were leading with the next-closest car 45 seconds adrift. But their lead was eradicated when the Safety Car was deployed due to debris on the track.

“He was, I don’t know, 40 seconds in the lead?” said Szafnauer. “I can’t remember who crashed to bring the Safety Car out and then that got everybody behind Hulkenberg again and we still had the fastest car on the track.”

Hulkenberg led more laps than anyone else, but after losing the lead to Hamilton he tangled with the McLaren driver and was given a drive-through penalty.

“I think trying to overtake Lewis, the track was drying where the line was, he went off-line where it was a little bit more wet, then slid into him,” said Szafnauer. “I think we had a real chance of winning that race.”

Hulkenberg, who is without a seat for the 2020 F1 season, admitted the race was a missed opportunity for him. “That was the day,” he said. “Before the Safety Car I was leading by 50 seconds. It was a special race, a special day, a young Hulky. That was one special drive for the history books.”

The race was also Hulkenberg’s last start for Force India before he switched teams to join Sauber, a move he also feels was a mistake in retrospect.

“Not all moves were right or perfect,” said Hulkenberg. “That’s the difficult thing in Formula 1, you take a decision like six, eight months before you’re going to get there with things changing and it’s very difficult to predict where things will turn out.

“I always felt like with hindsight, it’s easy to say but that change probably to Sauber in ’13 was, while it was a very good second half of the season, I think all in all that move was maybe not the best for my career.” Hulkenberg returned to Force India after a single year at Sauber.