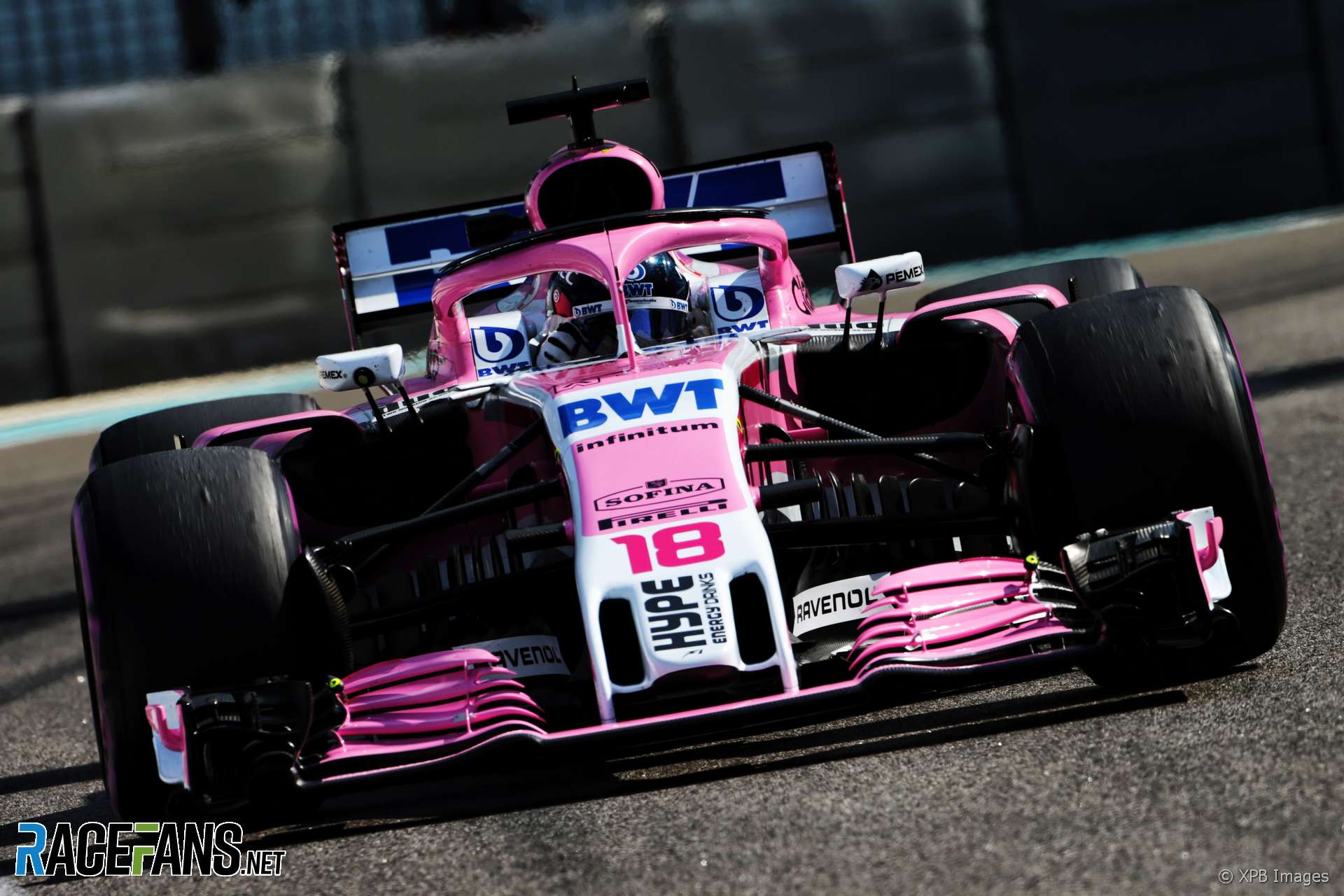 The team changed owners at mid-season after going into administration. It appeared under the name Racing Point on the entry list for the 2019 F1 season, with all references to Force India removed.

Szafnauer told the official F1 website the old name will definitely not be retained. “Force India, for obvious reasons, won’t be referenced any more,” he said. “It was the old entity and it had a strong link to the old ownership as well.

“I think it’s a natural change. Even the previous shareholders who were both Indian wanted to change the name from Force India. I think there’s a logical reason to do that, we just have to, from now until mid-January, pinpoint exactly what the name’s going to be.”

The Racing Point name could serve as a placeholder, Szafnauer indicated, until the team decides on an alternative.

“Racing Point was a off-the-shelf company that was used to buy the assets of Force India. So it could very well be that we change again.

“We’ll only change again if we find a better name to change to. So it could very well be that we stay as Racing Point. That still needs Formula 1 Commission approval which should happen in mid-January.

“There’s still an opportunity to go to the Formula 1 Commission with a different name. Unless there’s something better then it could very well be Racing Point. I hope we do find something better.”

The question of what name the team runs under in 2019 is also bound up in the ongoing dispute over its claim to a share of F1’s prize money.