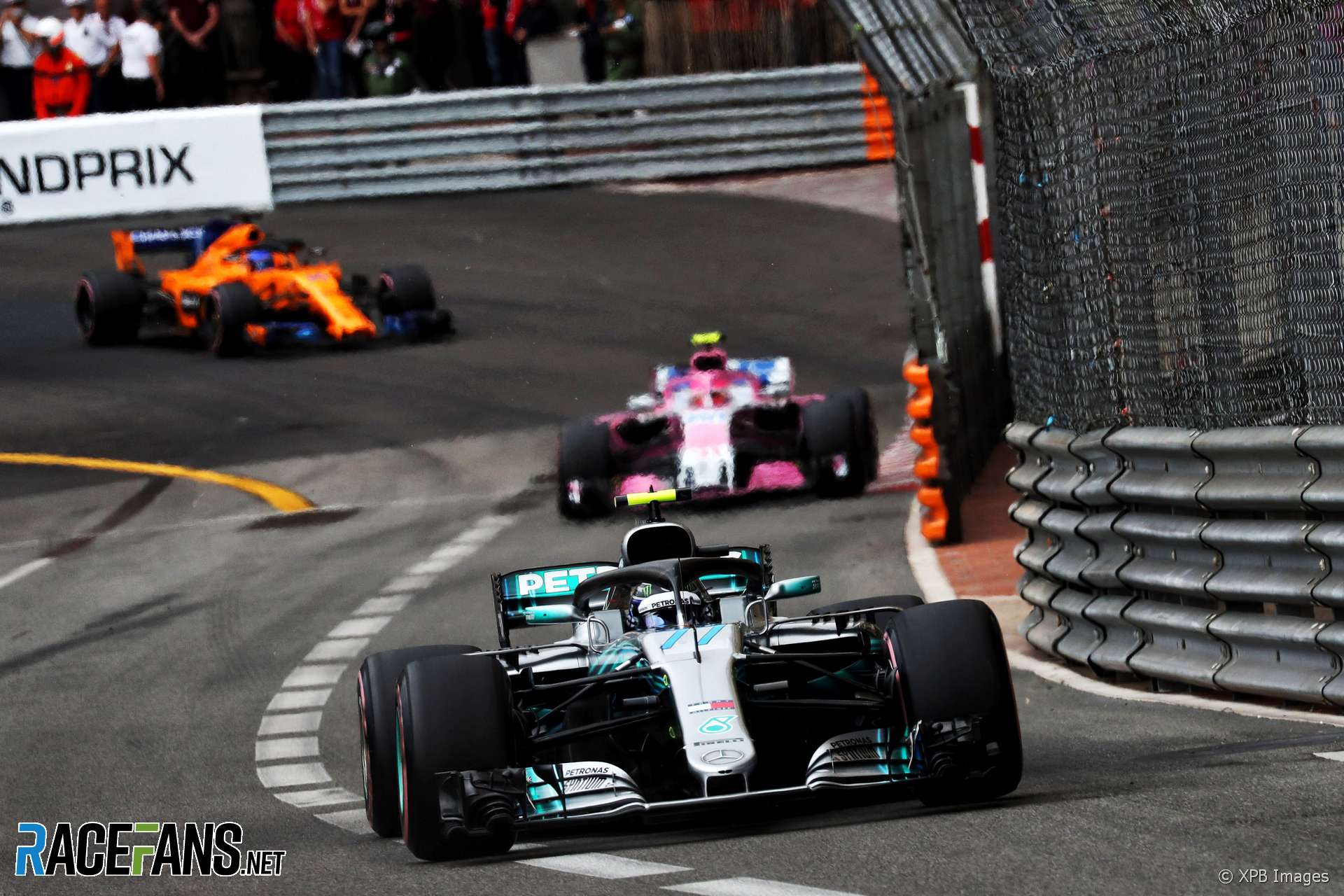 Valtteri Bottas admitted the Monaco Grand Prix was a frustrating affair for him as he started and finished the race stuck behind Kimi Raikkonen.

“It can be very frustrating when you feel you have the pace but there’s nothing you can do with it,” said Bottas.

“It is extremely difficult here to overtake and I was never close enough to Kimi that I could try to attack.

“I think he struggled with his front tyres more than I, but his rears looked in very good condition and he could always get good traction out of the last corner and also into the tunnel. So I never get close to him in the places where you can overtake here, unfortunately.”

Bottas said there was only “a couple of times” when he thought he might be able to attack the Ferrari. “Coming into the main straight, when I was getting close and I was doing everything I could to get closer, get the slipstream and try to have a go but he always had such good traction coming out of the last corner so I could never be close enough to try and dive on the inside going into turn one.

“Actually here turn one is quite easy to cover, it’s not that wide an entry. There was no chance, he didn’t do any mistakes and I could never get close enough.”

Mercedes split their strategies between Bottas, who used super-soft tyres for his second stint, and Lewis Hamilton, who had a fresh set of ultra-softs for the run to the flag. But Bottas said there wasn’t anything the team have done to help him finish higher.

“I think strategy-wise that was the best we could do,” he said. “As we saw, the hyper-soft degraded very quickly for Lewis and me so we decided to split.

“Even though we saw on Thursday that the super-soft wasn’t great for our car, today it worked and it was the best tyre to be on. It was much more robust than any other tyre and it felt like the pace was there.

“But we just couldn’t do anything with the pace. Strategy-wise I wouldn’t have done anything different. It’s just that when you start fifth in Monaco you kind of need to hope something is going to happen in the race because even with good pace you cannot move up the order.”