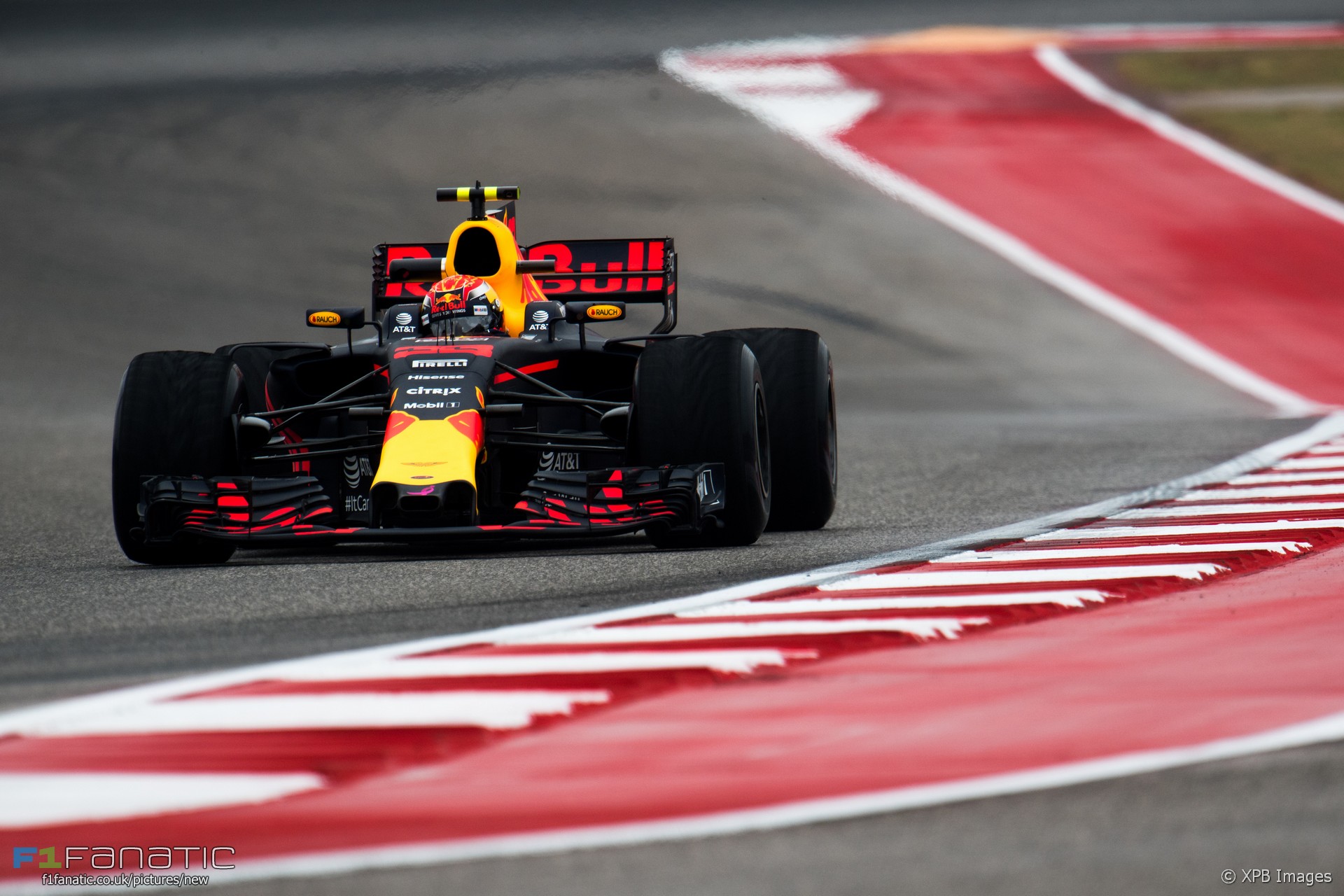 Max Verstappen said his qualifying performance at the Circuit of the Americas was one of his worst so far this year.

The Red Bull driver qualified sixth and will take a 15-place grid penalty for a power unit change. However he said he should have been on a par with the Ferrari of vSebastian Vettel, which qualified second.

“I made some mistakes in Q3, it’s simple as that,” said Verstappen. “I should have been with Sebastian.”

“It’s easy to say now I should have been there but if you make two resaonsably big mistakes, it’s not what you want.”

“Of course I’m not happy with myself and I think this was definitely one of the worst qualifyings of the year for me.”

“It was tricky out there,” Verstappen explained. “You try a little be more in the last run, you have a little moment, then the next corner is not great, it’s basically ruined.”

“In the next sector you try to recover a little bit of the lost lap time and you lock up again. So not ideal.”

Verstappen used super-soft tyres in Q2 which means he will start on them in tomorrow’s race as he bids to catch up with the leaders from the lap of the grid. However he doubts he’ll be able to catch up to the top five drivers.

“The first few laps you normally lose quite a lot of seconds on them,” he said. ” So we’ll see. I’ll try to at least come up to sixth.”

15 comments on “Qualifying “one of my worst”, admits Verstappen”