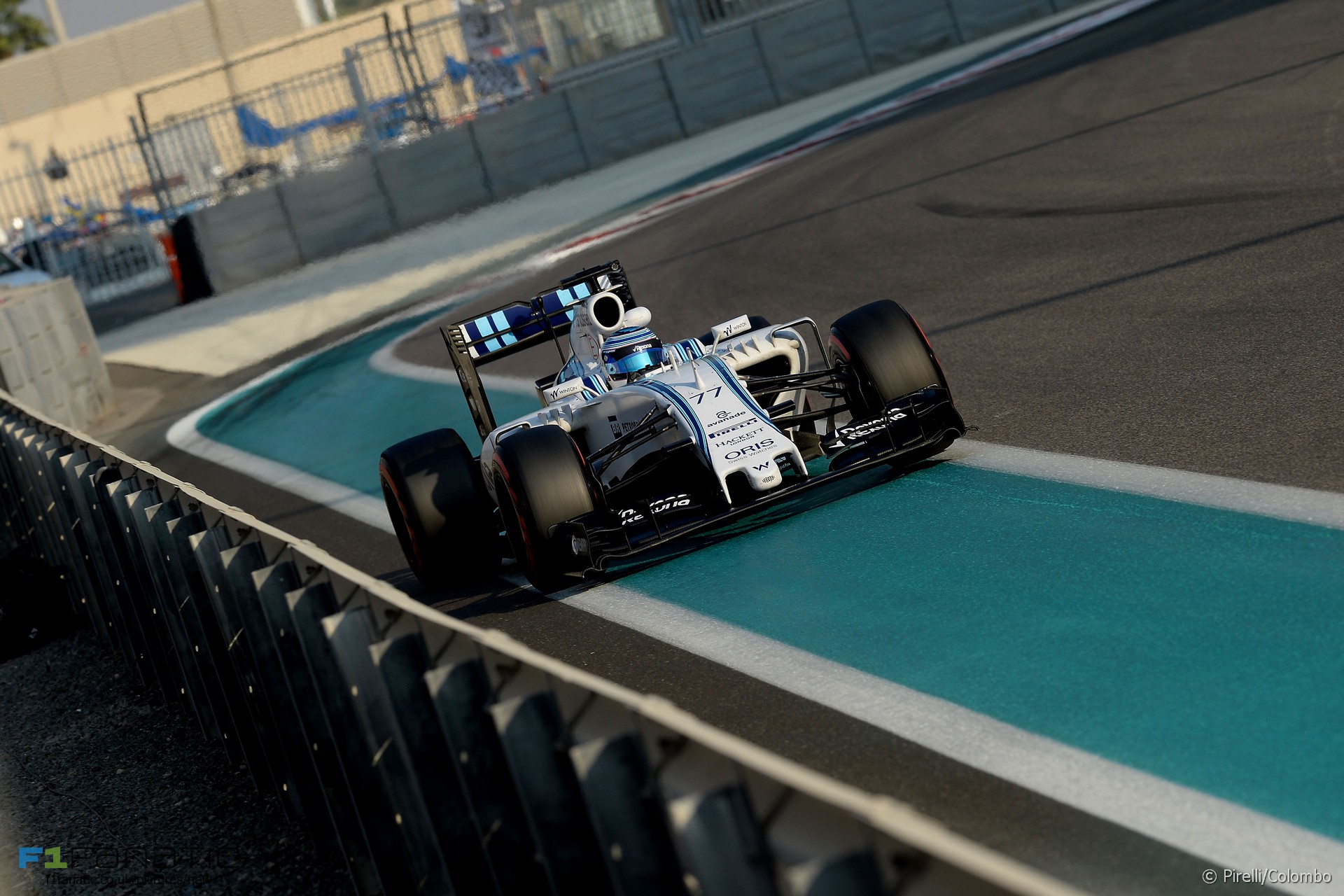 Among the changes in the F1 regulations for the 2016 season are tighter rules on track limits and a provision for more tyre testing.

The FIA has published the sporting regulations for 2016 which include a major overhaul of the tyre rules described previously.

In a further change, in order to give Pirelli greater scope to test new tyres for 2017, the FIA now has the power to arrange up to six two-day tests during the season “for the sole purpose of providing the [tyre] supplier with the chance to test improvements to the design of their tyres”.

Also from next year drivers will have to treat F1 run-off areas with more respect. The rules now require them to “make every reasonable effort to use the track at all times” and states they “may not deliberately leave the track without a justifiable reason”.

Drivers who cause a delay forcing an extra formation lap will have to start from the pit lane. When a race is resumed following a stoppage, drivers will be allowed to overtake behind the Safety Car to re-establish their original starting position except if they were moved into the slow lane after the 15-second signal.

A further change to the race weekend sessions concerns the Virtual Safety Car, which can now be used in practice sessions (including qualifying) as well as the race.

F1’s power units have been the focus of further rules changes intended to allow teams to pre-2016 engines next year, as Toro Rosso will do.

“Any manufacturer who homologated a power unit during the 2014-2020 period may also apply to the FIA to re-use such a power unit in a given team, to the same specification, and without going through the re-homologation process,” notes the 2016 rule book.

Two new steps are being taken to improve the quality of data gathered in the event of a crash. Each car will be fitted with a special high-speed camera which must be used at all race weekends and all multi-car tests. Drivers will have to wear FIA-specified in-ear accelerometers to measure the forces they are subjected to.

The race weekend curfews will be extended as needed to ensure that the amount of unrestricted time available is never more than nine hours. Provisions have also been made for the summer factory shutdown to be reduced from 14 days to 13 if the period between two consecutive races falls from 24 days to 17 – potentially paving the way for a shorter summer break.

27 comments on “Track limits, more testing and other changes among new 2016 rules”