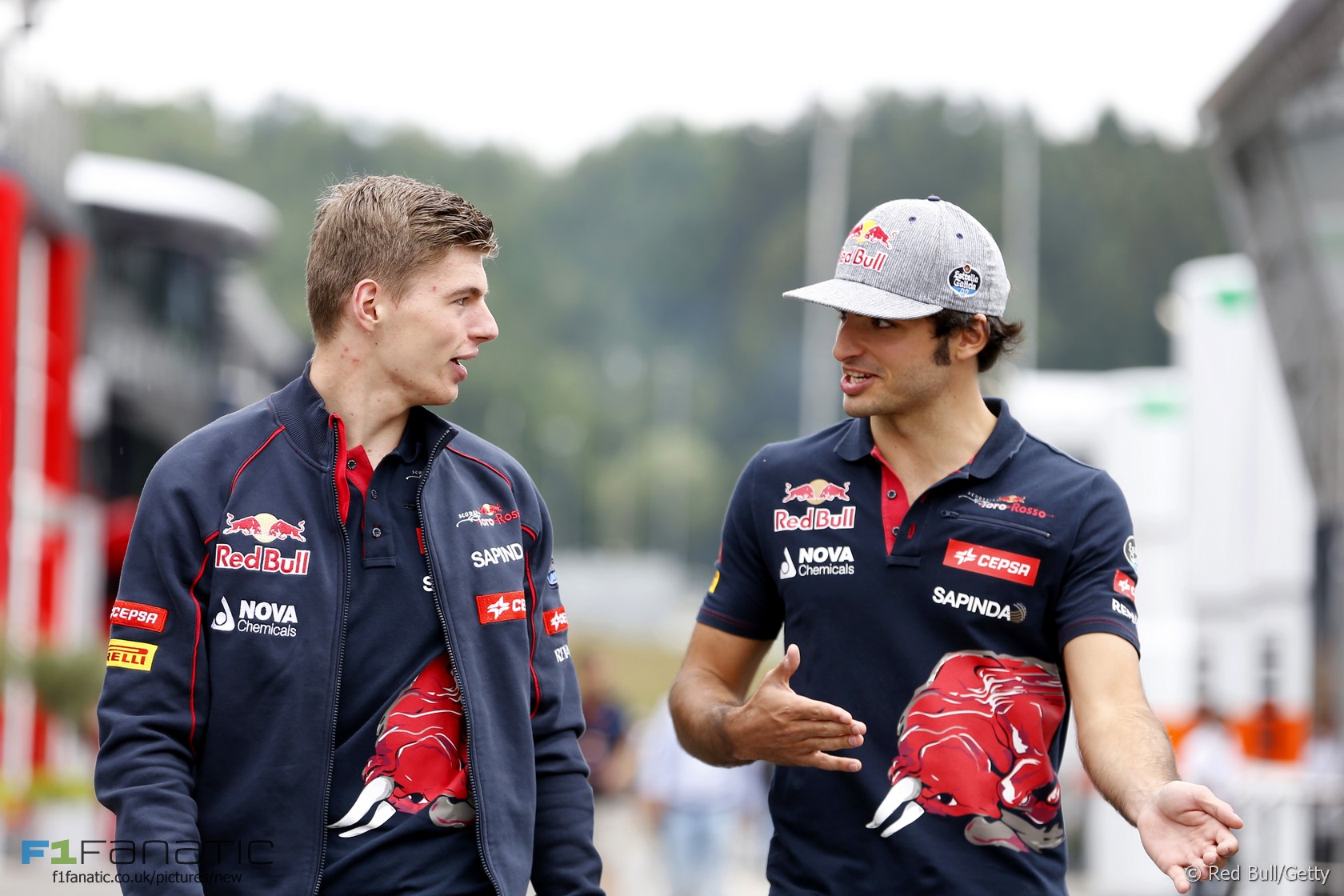 Toro Rosso team principal Franz Tost says he intends to keep his current driver line-up if his team remains on the grid next year.

Max Verstappen and Carlos Sainz Jnr are both in their first seasons of F1 with the team and Tost said he is pleased with the jobs they have done.

“If the team is on the starting grid then I consider that both of them will be the drivers of Toro Rosso because so far they have done a very good job and of course we want to keep them,” he said in today’s FIA press conference at Interlagos.

However Toro Rosso is yet to confirm what engine it will use in 2016. “It’s not decided yet – we will see,” said Tost when asked if the team will be on the grid next year. “I am convinced, optimistic that this will be the case.”

Verstappen said yesterday he is prepared to wait for an opportunity to join a front-running team. Sister outfit Red Bull’s current line-up of Daniel Ricciardo and Daniil Kvyat are in their second and first years at the squad respectively.

2 comments on “Verstappen & Sainz to stay if Toro Rosso do”