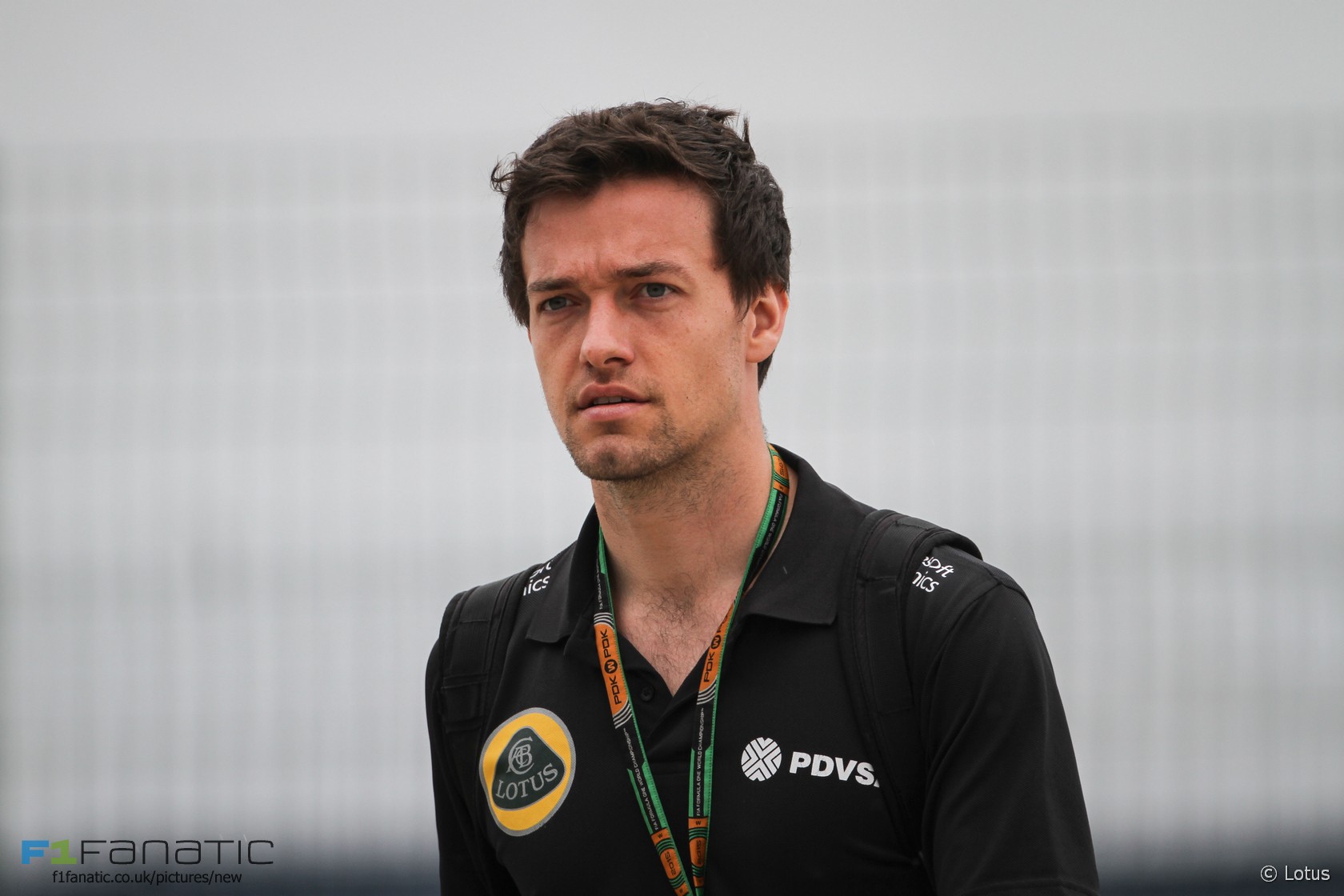 Jolyon Palmer will make his Formula One debut as a Lotus race driver in 2016, the team has confirmed.

The 24-year-old, who won the GP2 championship last year, is to partner Pastor Maldonado, whose place at the team has already been confirmed. He will take the place of Romain Grosjean, who has already announced a move to Haas next year.

Palmer has driven for the team in ten practice sessions so far this year.

“We’ve seen Jolyon’s hard work and talent this season in the way he’s approached his third driver role and he is a really popular choice for the team,” said team chairman Gerard Lopez.

“As well as having a great future ahead of him behind the wheel, Jolyon is an intelligent and highly marketable asset to the team. He deserves this opportunity, and everyone at Enstone is excited to see what he can achieve next year.”

Palmer is the first GP2 champion to gain an F1 race seat since Grosjean won the junior series in 2011. His father Jonathan raced in Formula One between 1983 and 1989.

“I’ve enjoyed and learnt a lot from my year as third and reserve driver so I’m looking forward to putting this into practice as a race driver in 2016,” said Palmer. “I can’t wait for next season to get underway.”

See the updated list of 2016 F1 drivers and teams

75 comments on “Palmer confirmed as second Lotus driver for 2016”