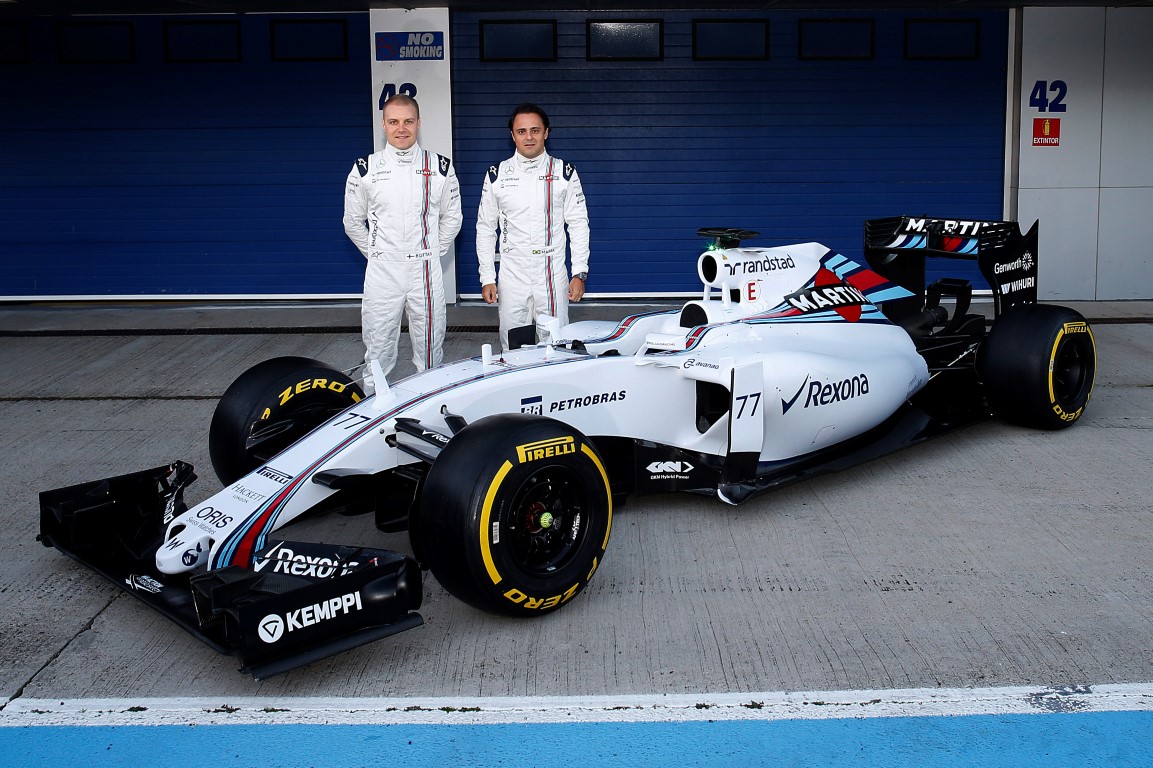 The Williams FW37 appeared for the first time today in testing at Jerez in Spain.

Team founder Frank Williams said the team intended to continue the progress it made last year.

“After such a strong season in 2014 we are looking to continue the move back towards the front of the grid,” he said. “The move from ninth to third was a tough challenge, but ultimately every step up from now on will be even harder. I am confident that we have the appropriate personnel and talent in this team to make those steps.”

Williams continue to use the standard-setting Mercedes power unit in 2015, and have retained drivers Valtteri Bottas and Felipe Massa.

Massa said he was pleased with the team’s rate of progress in his first year driving for them, and hopes for more of the same.

“The momentum we carry from last year has been very encouraging,” said Massa. “The team has changed so much from 12 months ago and it is clear to see everyone is heading in a good direction.”

“The development rate of the FW36 was one of the most exciting elements to the car, the team worked exceptionally hard throughout the year to make sure that we had a faster car at each race, and I look forward to a similarly impressive car this year.”