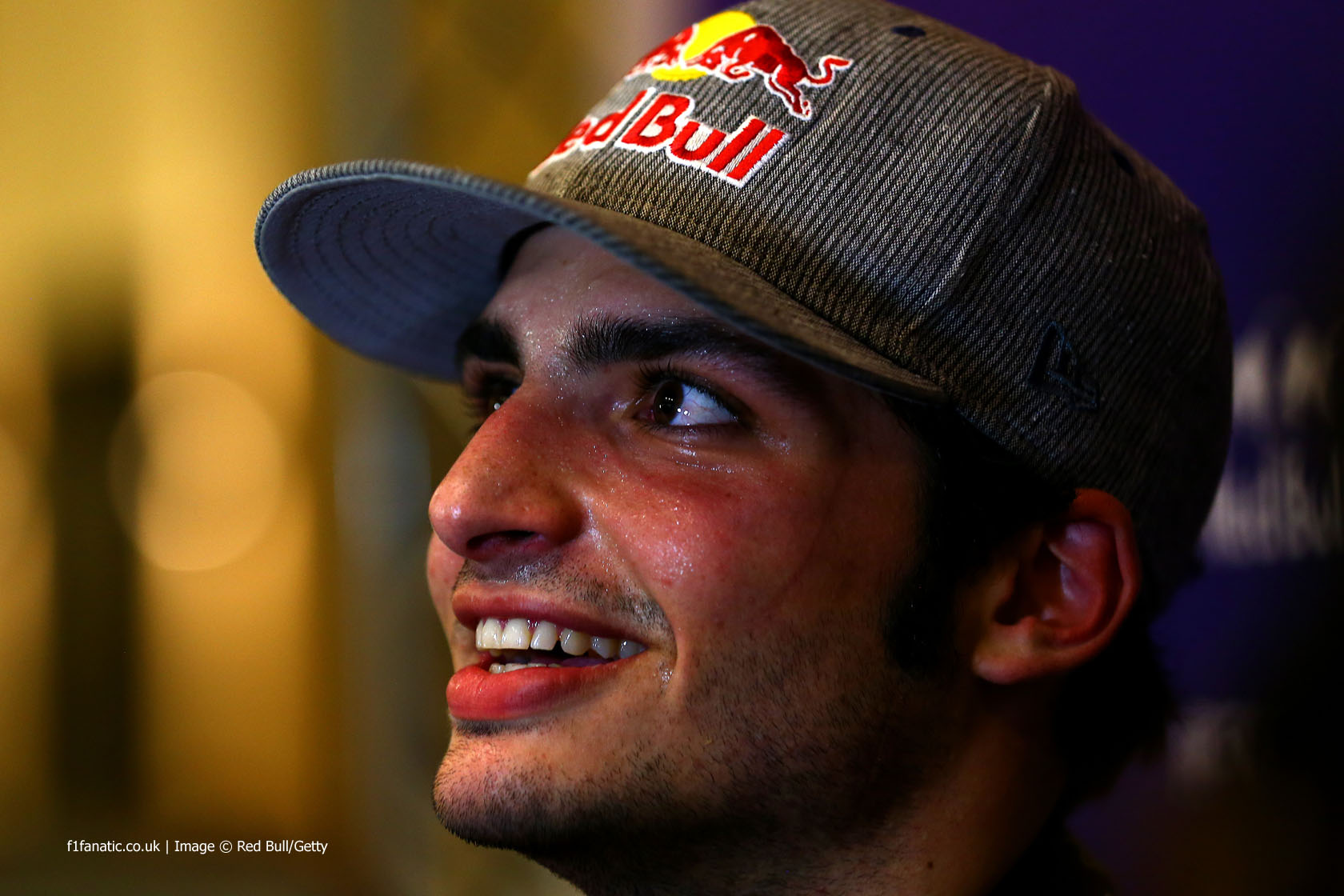 Carlos Sainz Jnr has been confirmed as Max Verstappen’s team mate at Toro Rosso for 2015.

Sainz, who won the Formula Renault 3.5 championship this year, has been a member of Red Bull’s junior team since 2012. His father, also called Carlos, is a two-times World Rally Champion.

“Ever since I have been part of Red Bull’s Young Driver Programme this has been my aim and I want to thank Red Bull for putting their faith in me,” said Sainz.

“I tested for a day with Toro Rosso last year and I liked the atmosphere in the team. In the next few months I will be working hard on my preparation, ready to get in the cockpit in Jerez for the first test of next year. It will be nice to make my ‘official’ debut as a Formula One driver in my home country.”

With Sainz paired with fellow rookie Verstappen, this will be the first time Toro Rosso have fielded two drivers who have never started F1 races before.

“We continue the Toro Rosso tradition of providing youngsters from the Red Bull Junior Driver Programme with their first steps in Formula One,” said team principal Franz Tost.

“I have watched Carlos progress through the junior categories, always improving as he moved higher up the ladder, culminating in a well-deserved win in this year’s World Series.

“However, I also remember the day’s testing he did with us at Silverstone in 2013 in the STR8. He really surprised me and his engineers that day, with his mature approach and his speed.”

The most recent teams to field two rookie drivers at the start of the season was Marussia last year, who introduced Jules Bianchi and Max Chilton. Prior to that Bruno Senna and Karun Chandhok made their debuts together at HRT in 2010.

View the updated list of 2015 F1 drivers and teams