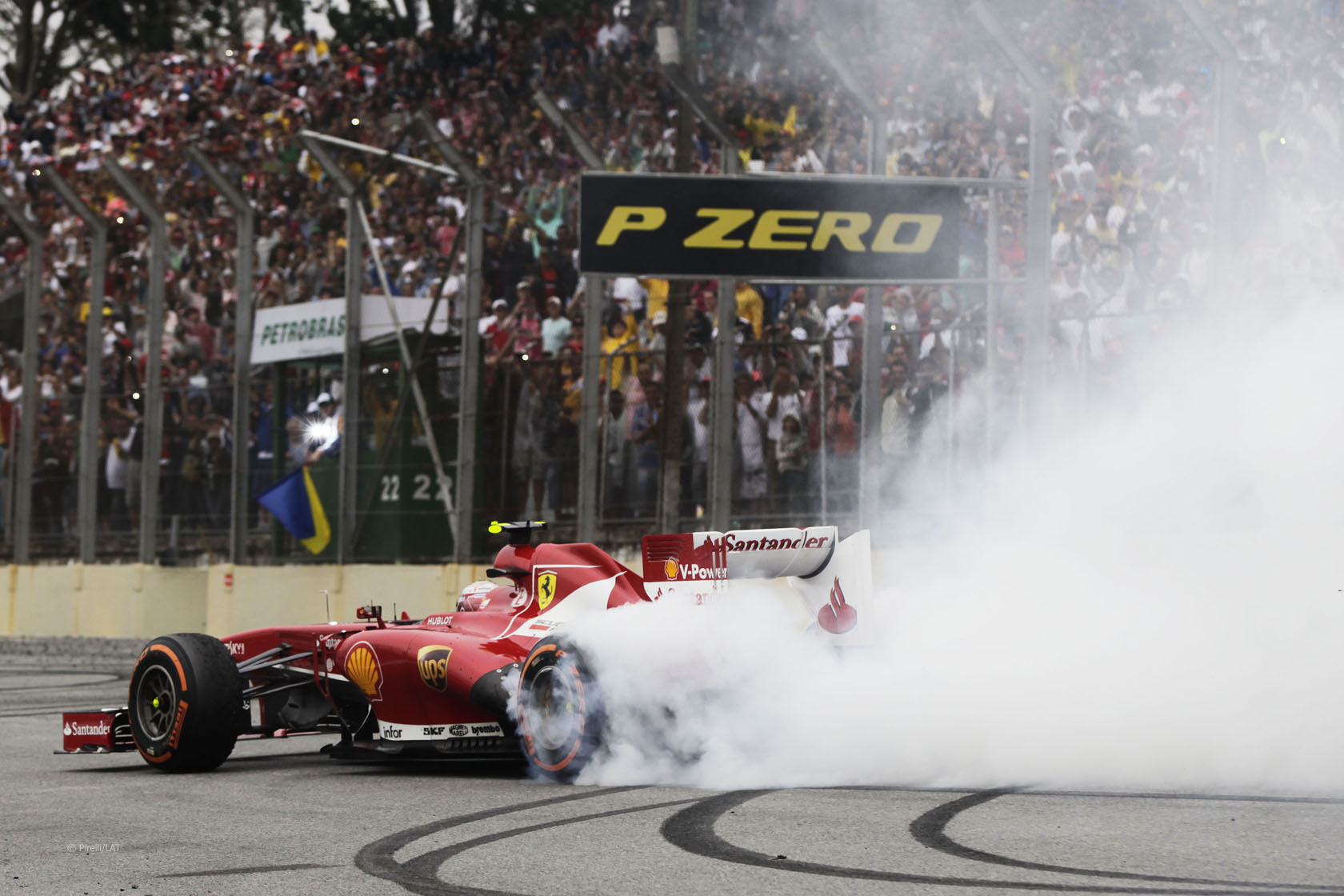 Ten of the best pictures which tell the story of the Brazilian Grand Prix weekend. Lewis Hamilton and Sebastian Vettel greet each other after the annual drivers’ end-of-season photo is taken. A similar photograph was taken of the teams’ PR representatives. Rodolfo Gonzalez returns to the Marussia pit during the wet first practice session. McLaren did little running on the wet during practice which Jenson Button was concerned about after taking 14th on the grid. But it all turned out well on Sunday as he scored the team’s best result of the year with fourth place. Nico Rosberg joins the queue of cars waiting to go out at the start of Q1.

Rosberg qualified second on the grid and beat pole sitter Sebastian Vettel to turn one. But Vettel had passed him before the first lap was over and went on to win. Heikki Kovalainen passes Sergio Perez during the race – but by the chequered flag their fortunes had reversed. Perez took a strong sixth for McLaren having started thirteen places back, while Kovalainen was out of the points in his second of two appearances for Lotus. Felipe Massa made his last appearance as a Ferrari driver and treated his home fans to a few burnouts after the race. Mark Webber bowed out of F1 after 215 races with his 42nd podium finish. He savoured the drive back to the pits, taking his helmet off as he toured the track. After the race he returned to the podium with the Red Bull team to celebrate. There was one more goodbye to say after the race. Renault revved several of their V8 engines to screaming pitch including this one in the Caterham garage. Here’s a closer look at the engine glowing red-hot.