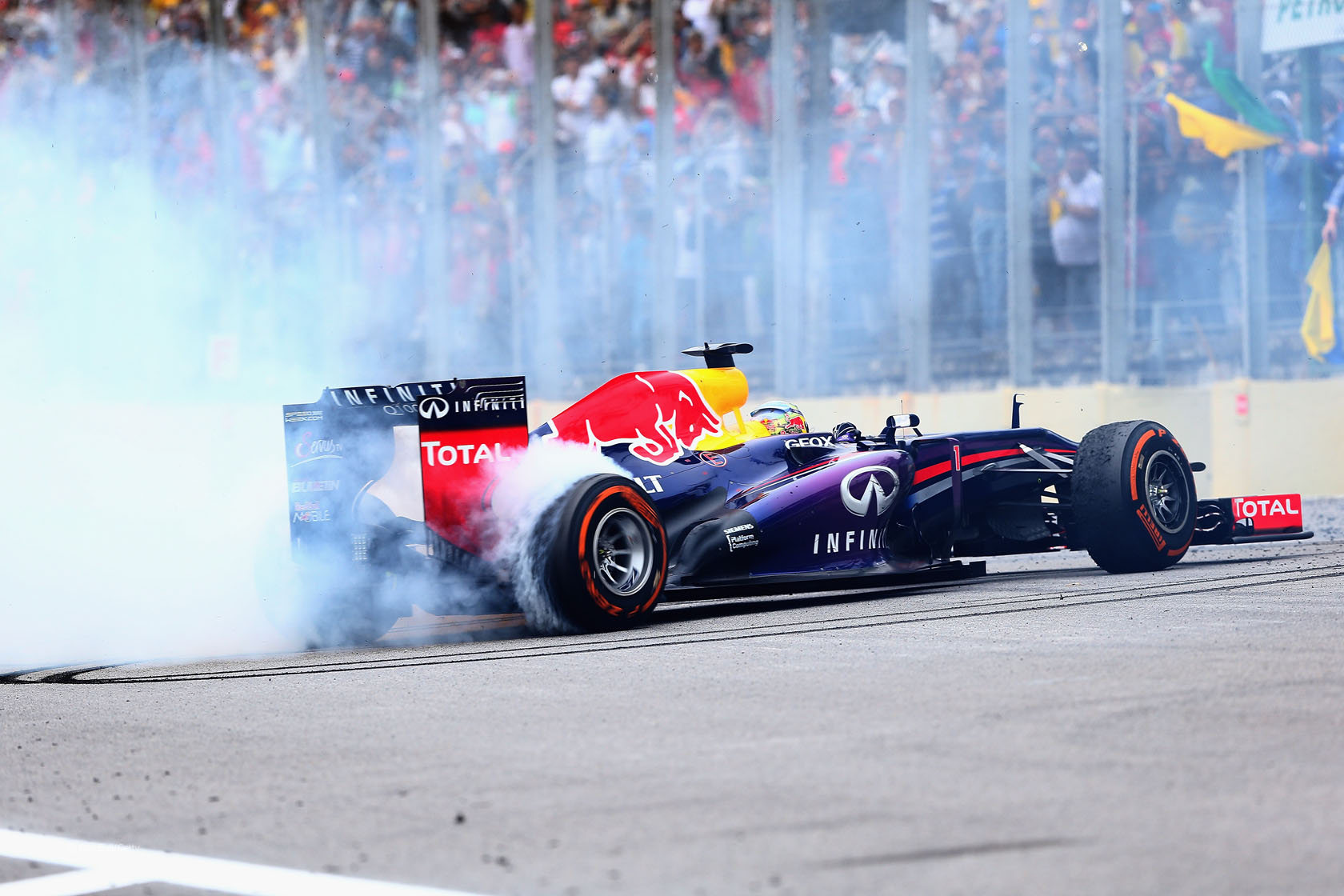 Wet practice sessions, a cheeky move by Marussia and the post-race celebrations by crowd favourite Felipe Massa and race winner Sebastian Vettel were among the videos captured by fans at the Brazilian Grand Prix.

Ferradura in the rain

Drivers tackle the tricky Ferradura during a wet practice session.

This fan had a good view of Jules Bianchi entering the Marussia pit during a quiet second practice sessions.

Drivers queue for the pit exit at the start of Q1. Note the Marussias cutting into the line, which the team were fined for later, and which Adrian Sutil was warned about on the team radio.

Lots of chanting as the drivers pass by during the parade before the race.

Nico Rosberg takes the lead off Sebastian Vettel at the start of the race.

The Mercedes drivers come under attack at the end of lap one.

Lap two begins with Vettel passing Rosberg for the lead and Fernando Alonso overtaking the other Mercedes, while at the back of the field the two Caterhams almost make contact.

Vettel performs his now-traditional post-victory doughnuts and Massa also celebrates in his last race in front of his home crowd in a Ferrari.

The top three finishers arrive in parc ferme after the last race of the year.

After the dust had settled several team members gathered to say farewell to F1’s V8 engines in suitably noisy fashion:

Thanks to @Andae23 for researching this article. If you’re interested in contributing to F1 Fanatic, see here for details on how you can:

Were you at the Brazilian Grand Prix? Did you capture any videos? Share them here: