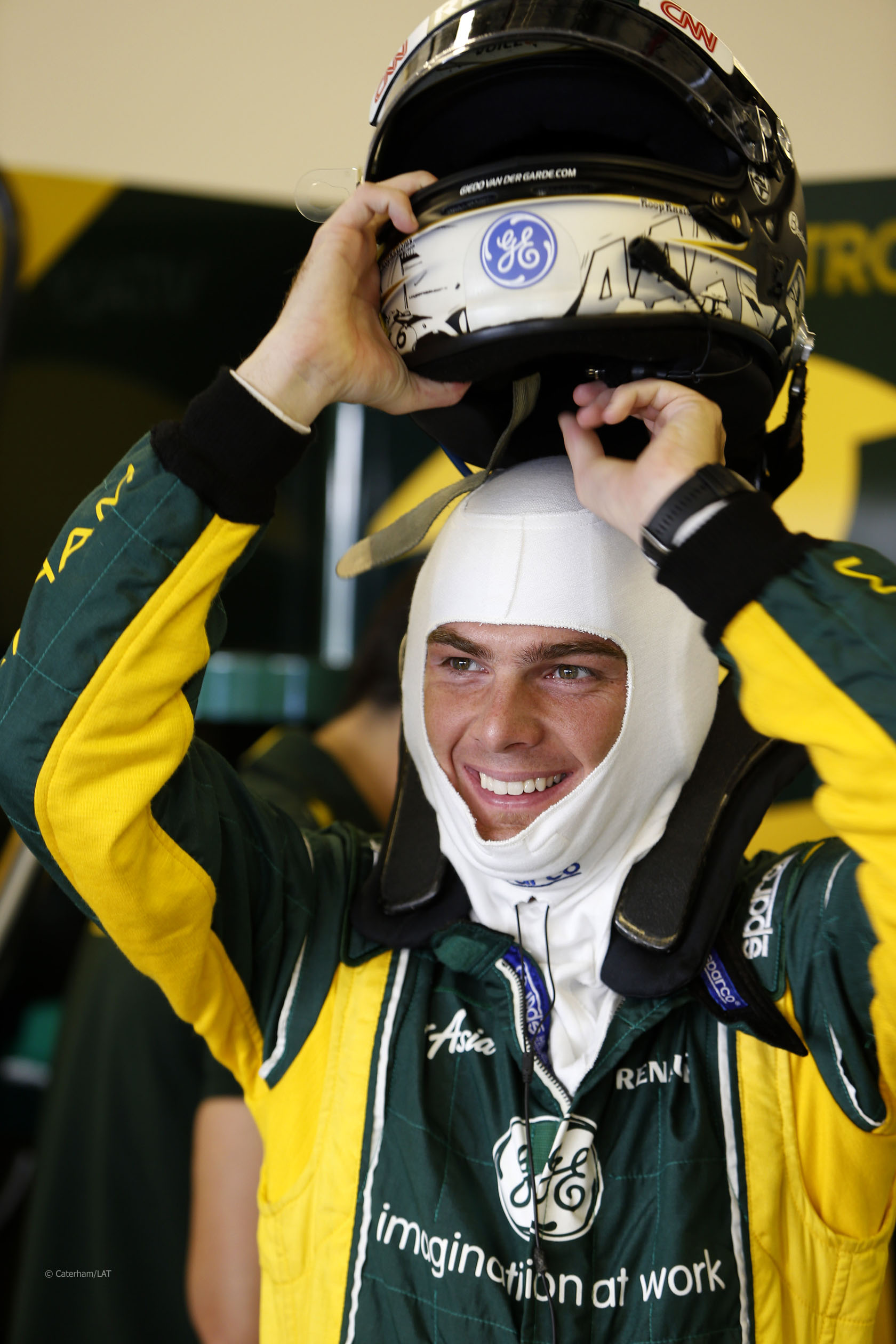 Giedo van der Garde has been confirmed as Caterham’s second driver for 2013.

He joins Charles Pic in an all-new driver pairing for the team who fielded Heikki Kovalainen and Vitaly Petrov last year.

“I know I am ready to take the step up to F1 and all the work I have done throughout my career, and particularly in the last year with this team, has brought me to my ultimate goal,” said van der Garde.

“Throughout 2012 I was able to fully integrate myself into the team, both through the FP1 sessions I ran at a number of tracks that were then new to me, and as Reserve Driver, fully embedded with the team throughout the season.

“Now I can continue to learn at the highest level of motorsport and show that I am ready for F1. I cannot wait to start work.”

Van der Garde is already familiar with the team having driven for them in practice sessions on six occasions last year. He also drove for their GP2 team and finished sixth in the category last year which was the fourth year in a row he placed inside the top seven.

The 27-year-old will be the first Dutch driver to compete in Formula One since Christijan Albers in the 2007 British Grand Prix.

Team principal Cyril Abiteboul said: “This is the next natural step for Giedo with our team. We continue to grow as a team and we are committed to giving young talent across the motorsport industry the chance to grow with us and this is Giedo?óÔé¼Ôäós opportunity to show he deserves his place at the very highest level of global motorsport.

“He and Charles have been team-mates before so he is an excellent choice to partner Charles in what is going to be another very interesting season, and we are all looking forward to seeing Giedo continue to progress as he takes on the ultimate challenge of F1.”

See the updated list of 2013 F1 drivers and teams