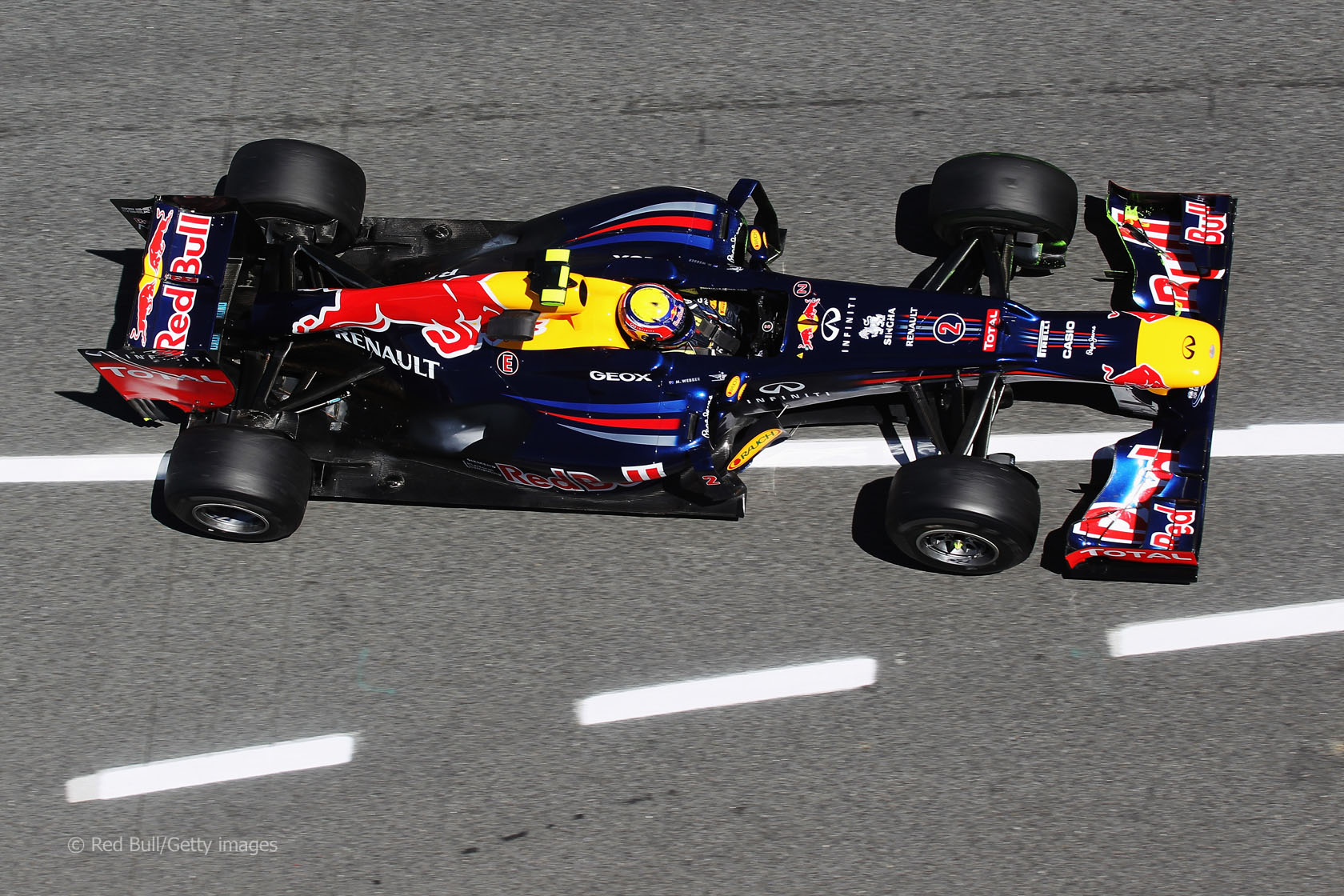 The FIA has finalised the changes to the F1 regulations for the 2013 season and updated its planned rules for 2014.

There are few alterations to the 2013 rules beyond those revealed after last week’s World Motor Sport Council meeting but the full regulations reveal some new details.

Among the changes to the technical regulations for next year is a rule governing what happens when cars run out of fuel at the end of a practice session, such as happened during qualifying to Lewis Hamilton in Spain and Sebastian Vettel in Abu Dhabi.

Teams will no longer be allowed to claim a car was stopped for reasons of “force majeure”, instead the FIA will determine how much fuel should have been in the car when it stopped:

After a practice session, if a car has not been driven back to the pits under its own power, it will be required to supply the above mentioned sample plus the amount of fuel that would have been consumed to drive back to the pits. The additional amount of fuel will be determined by the FIA.
2013 FIA Formula One Technical Regulations, article 6.6.2

As the tyres Pirelli are supplying next year will be heavier the rules on minimum weight and weight distribution have been revised (4.1-4.3). The minimum weight has increased by 2kg to 642kg and a more drastic change is coming for 2014 (see below).

An extra kilo has therefore been added to the minimum weights at each end of the car making these now 292kg at the front, 343kg at the rear. These will be adjusted to take final 2013 tyre weights into account.

A tougher front wing deflection test has been defined in article 3.17.1. The amount a wing may deflect when a 1,000N load is applied to it has been reduced from 20mm to 10mm, the further curb the use of flexing wings.

As of next year teams may add a panel to their car’s nose to remove the steps seen on many cars this year. The rules defining the shape of these has been altered in article 3.7.9.

Tougher standards for roll structures (15.2.1-2) and crash tests (16.2) have also been defined, the latter requiring the static load test to be applied to all of the teams’ survival cells (18.1.1)

There are fewer changes in the Sporting Regulations and some are already known including the restriction of using DRS outside the designated zone at any time during a race weekend (article 25.7a).

For teams to arrange a test outside Europe they now require the agreement of the FIA (22.4g) and the total number of tests during the season has been reduced to three each of no more four days long (22.4g ii). There will be no repeat of this year’s in-season test which was held at Mugello.

During race weekends the first of the two curfews on teams’ activity has been extended from six hours to eight (30.19). The number of curfew breaks each team is allowed reduced to two, and they may not both be used at the same event.

The 2014 Technical Regulations are still at an early stage and have been heavily revised.

The minimum weight will be further increased from 642kg in 2012 to 685kg to account for the rise in weight from the new power units. The regulations on power units, electrical systems and transmission have been extensively revised – see the full rules below for details.

Although parts of the rules on aerodynamic bodywork have been moved closer to the current rules (articles 3.7.3-6), the planned reduction in front wing width from 1,800mm to to 1,650mm has been retained (article 3.4.1).