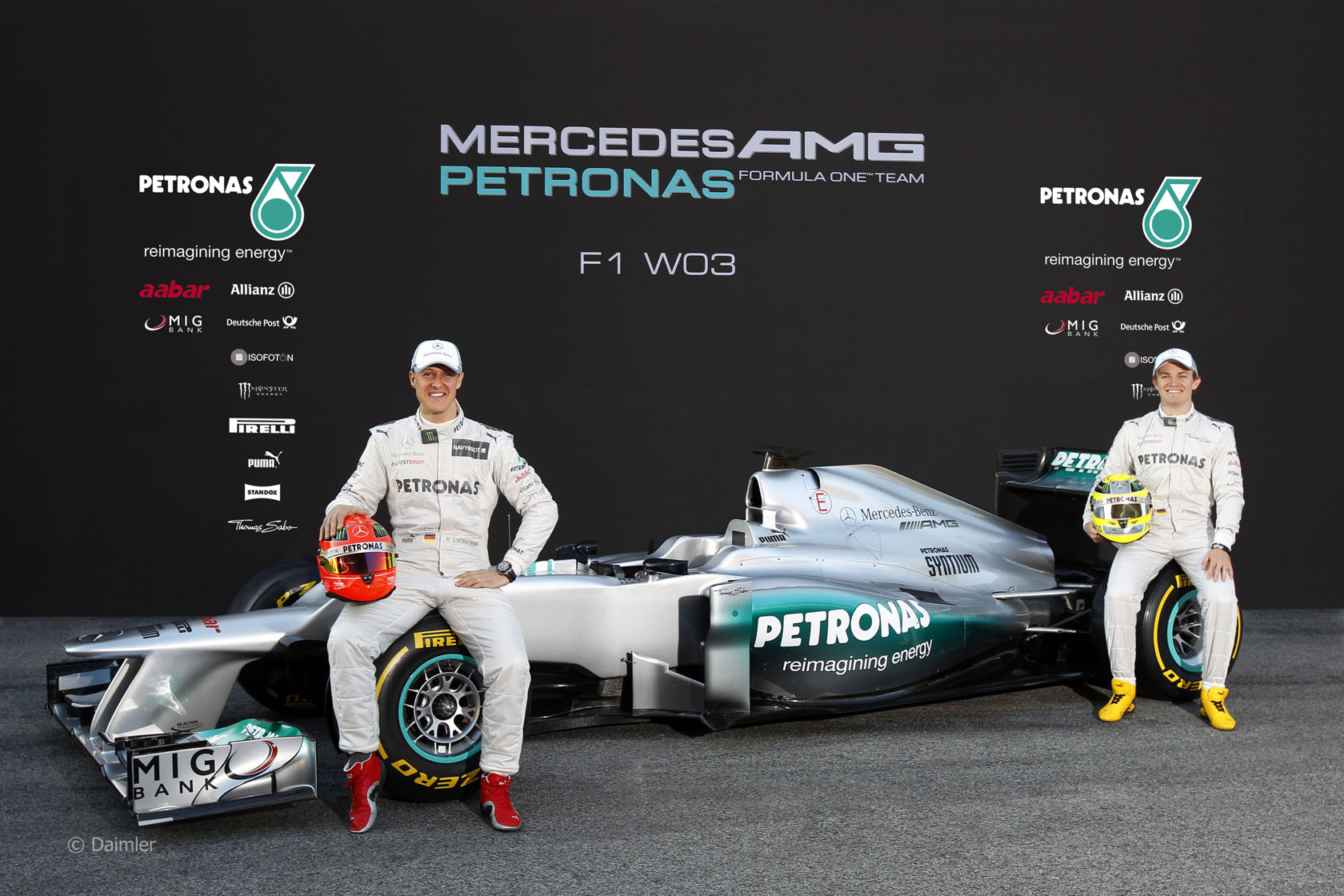 The Mercedes W03 has been shown off for the first time at the Circuit de Catalunya.

As seen in the spy shots last week, the W03 has a pronounced step in its nose, similar to that of several other F1 cars.

Team principal Ross Brawn said: “Notwithstanding the distinctive nose design, which is certainly an acquired taste, the F1 W03 is an elegant interpretation of the current regulations, and a clear step forward over its predecessor in terms of detail design and sophistication.

“Last year, we produced a very bold car and, although its more radical elements didn’t always deliver the results we had hoped for, the experience we gained has been invaluable to the design of the 2012 car.”

Mercedes will have high expectations of the W03 following the strengthening of its technical team over the last 12 months, which included the hiring of Aldo Costa, Geoff Willis and Bob Bell.

Vice president of Mercedes-Benz Motorsport Norbert Haug said: “2012 will mark the third season for our Mercedes-Benz Silver Arrows works team, which was introduced in January 2010, and our target is to take a step forward in on-track performance.

“A lot of work has been done throughout the last year, not just to design the new car but also to build a technical organisation that is capable of delivering to its full potential, with consistency. Our ultimate goal is to become regular race winners and championship contenders, and so to write another chapter of success in the story of the Silver Arrows which began 78 years ago.”

The team revealed the car is built of 4,500 parts – 200 more than its predecessor – and has a lower “core weight” than the W02, before ballast is added to bring it up to the minimum limit. They added the car passed all the FIA crash tests at its first attempt last month.

Mercedes tested the car at the Circuit de Catalunya prior to the start of today’s test.