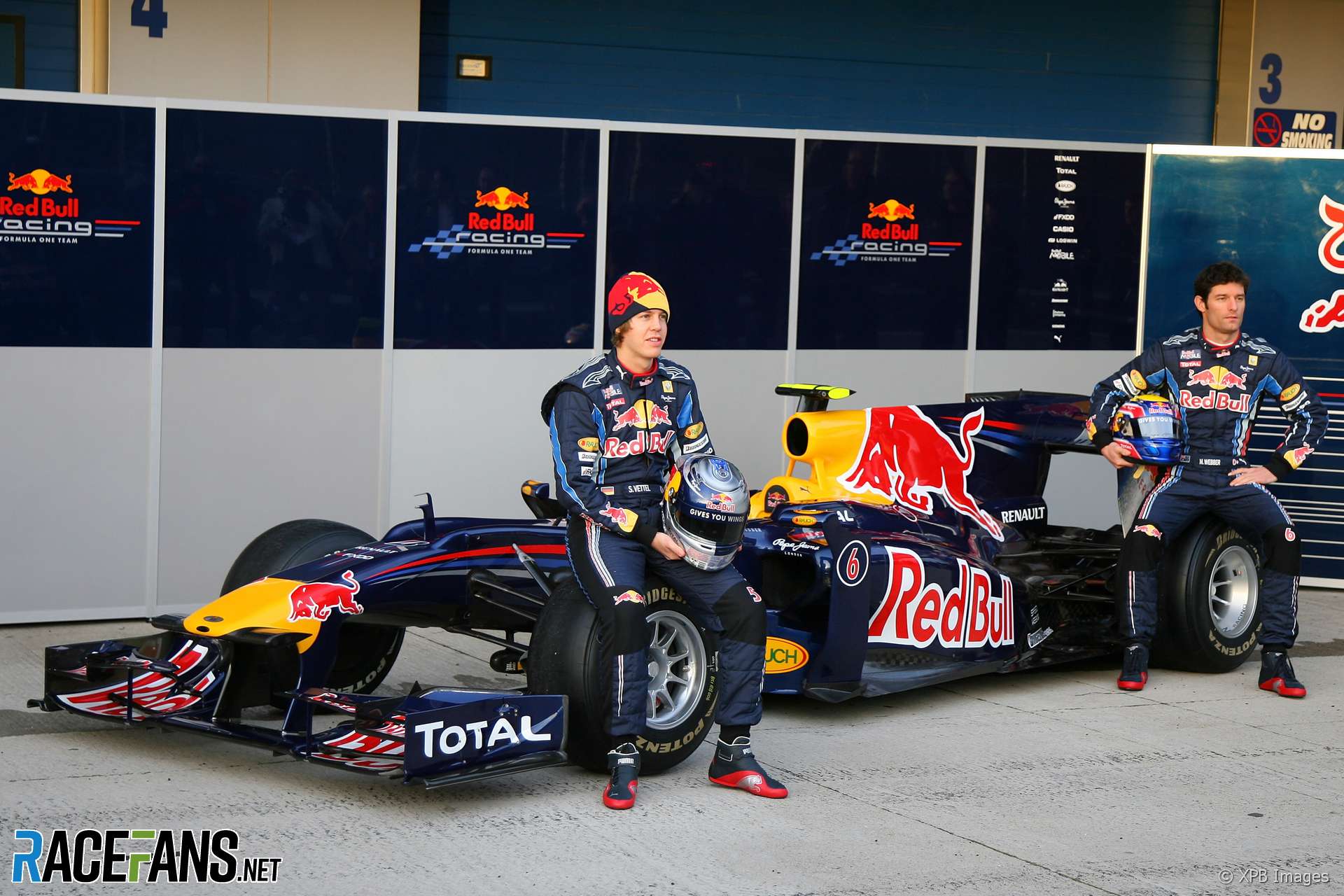 Here are the first pictures of the new car.

Red Bull have taken a gamble by missing the first test of 2010 to work on the design of their RB6. Designer Adrian Newey expalined the changes on the new car:

The RB6 is very much an evolution of the 2009 car. We tried to refine and evolve it rather than go to new concepts.

As a result, the car looks similar with elements such as the chassis and pull-rod rear suspension retained. The two main challenges were the larger fuel tank and the smaller front tyre. With the fuel tank, there was more to it than simply putting a bigger tank in the car – it puts more load on the brakes, so the brake cooling has to cope with that and you also have to consider what effect that extra fuel will have on the tyre degradation early in the race and if there’s anything we should change mechanically to cope with that.

The narrower front tyre changes weight distribution and the balance of the car. I think it’s a sensible evolution of the 2009 car. One obvious difference is that the 2009 car was not designed to suit a double-diffuser and we had to try to put one on as best we could around the existing rear suspension and gear box. With this car we’ve been able to design that part of the car from scratch.
Adrian Newey