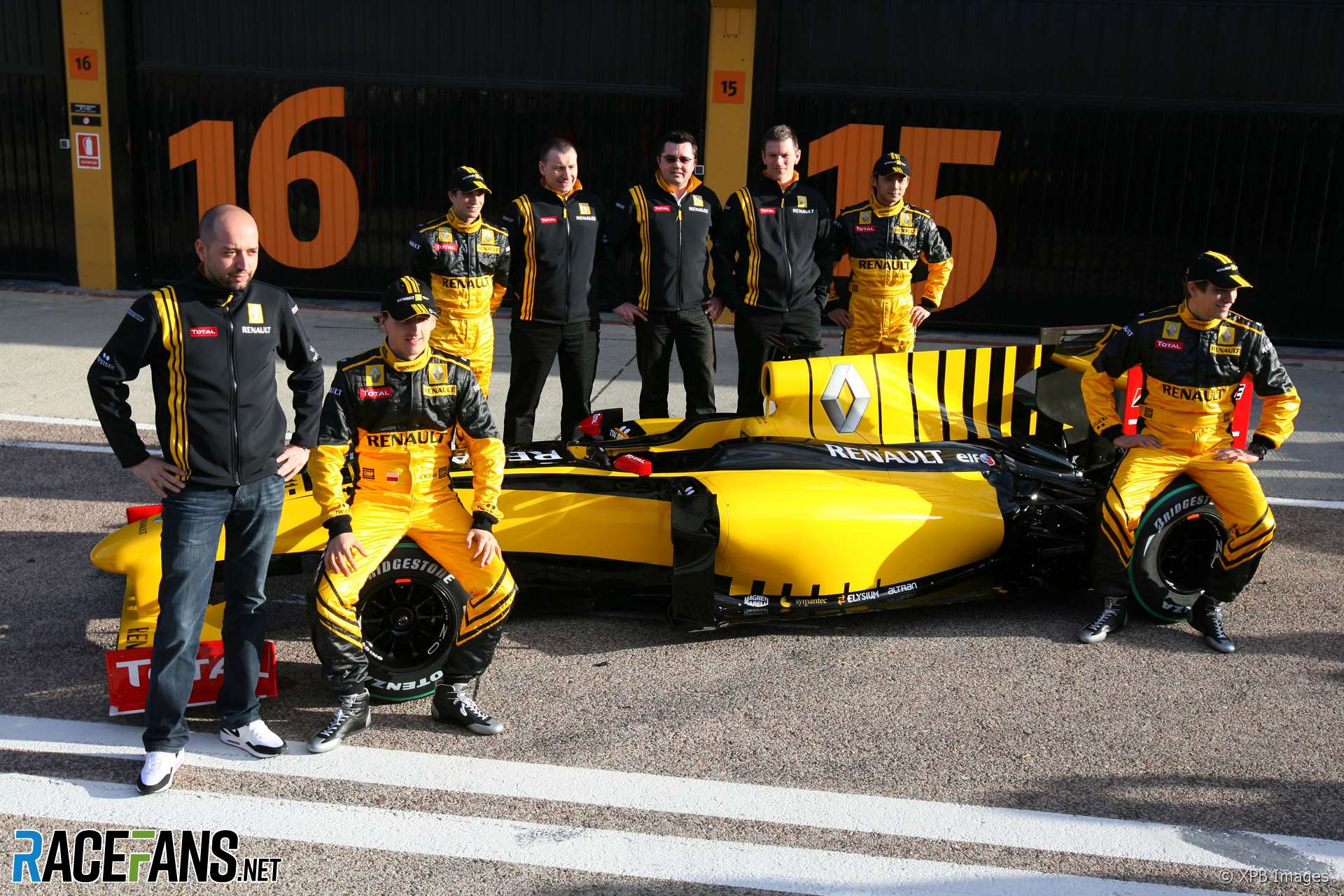 The Renault R30 has been unveiled by the team at Valencia. See the first pictures of the new car below.

As was widely expected, the new livery marks a return to classic Renault yellow and black colours. The team used a similar scheme for its first F1 team from 1977 to 1985.

Since its return to F1 as a full constructor in 2002 Renault’s colour scheme has been largely dictated by sponsors.

Renault has lost 2009 title sponsors ING, who intended to pull out before 2010 but hastened their departure after the Singapore crash scandal. Mutua Madrilena also left the team at the same time.

Renault has also announced Vitaly Petrov will race for the team alongside Robert Kubica and revealed its two reserve drivers for 2010. More here:

Pictures of the R30 at its launch: