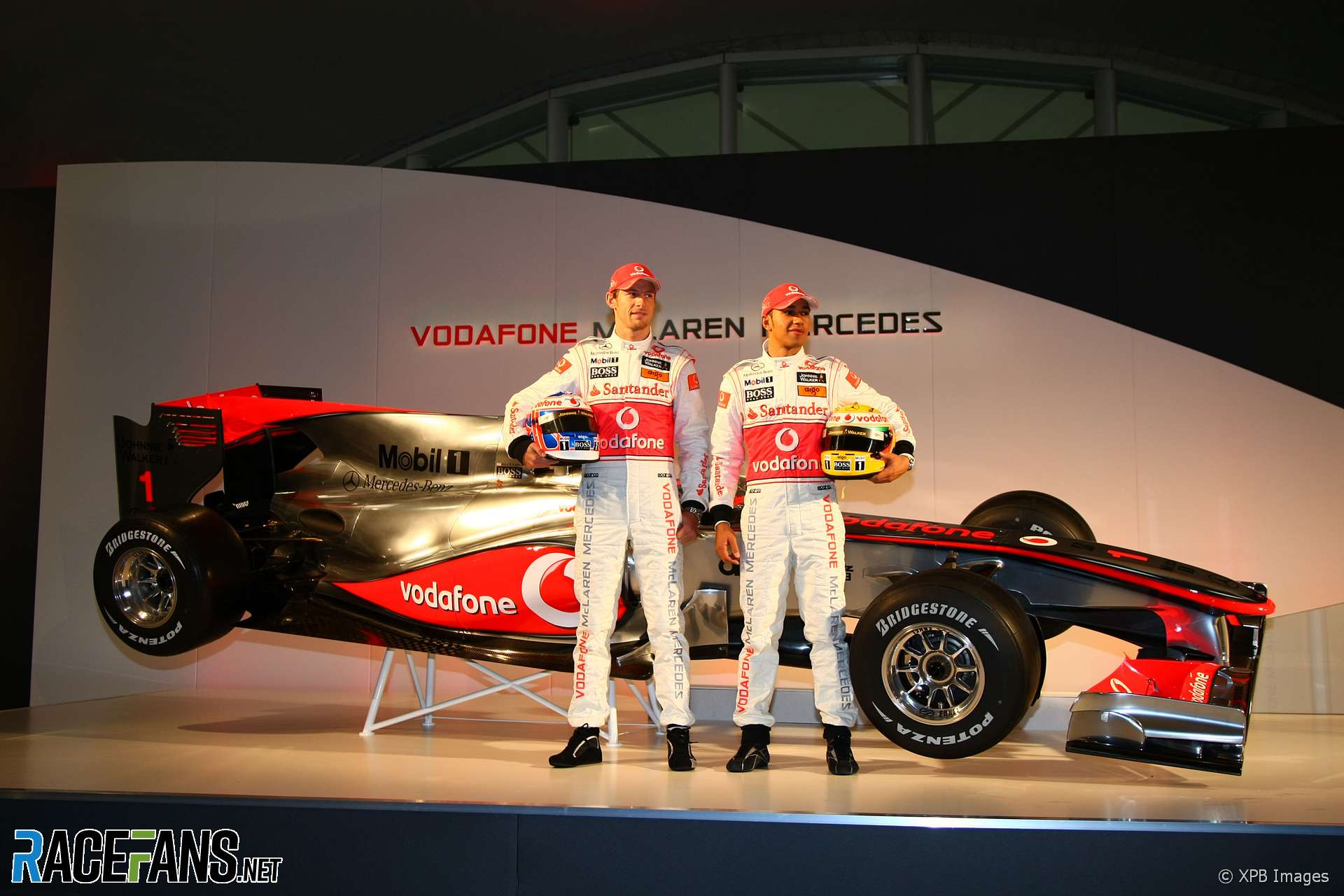 McLaren has launched its new challenger for the 2020 Formula 1 season, the Mercedes-powered MP4-25.

The MP4-25 was officially presented at the headquarters of title sponsor Vodafone. Lewis Hamilton, who is entering his fourth year of F1 with the team, was joined by his new team mate, world champion Jenson Button, who has joined McLaren from Brawn.

Some images of the new MP4-25 leaked online ahead of its official launch. Here are studio photographs of the car and pictures from the launch.